Surge in Robberies Tied to the Miserable Economy 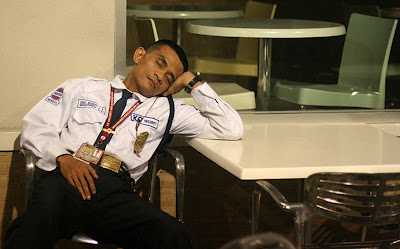 Banks, armored cars, jewelry stores are seeing a surge in violent robberies. We are at the very beginning of an inflation nightmare that will that will make the perfect conditions for robbery gangs.

Businesses that have gotten by with unarmed (and therefore worthless) guards and security cameras for protection will suddenly be in for real trouble.

Kidnappings for ransom and home invasion/robberies will begin to climb. This is happening as police departments are being downsized and habitual criminals are getting released at record rates. Criminal aliens are no longer being removed from our soil by the government.

Food and gasoline prices are suddenly climbing and this time there may be no end to that in sight. The criminal element won’t be looking for ways to take honest jobs and working overtime to make ends meet. They will be looking at you, your business and family instead.

Americans are going to have to rethink the idea of special training and carrying firearms for self-defense. Self-reliance here is a must. Americans have faced this before as they migrated West through new frontiers facing hardship, and criminals in places with no law enforcement whatsoever. We must learn once again to rely on ourselves and neighbors for vigilance.

Americans are unprepared for the day 911 calls for police service simply go unanswered.

We have taxed businesses right out of business. The Liberal politicians are all screaming about foreign outsourcing of labor when their strong arm tactics were the cause of the problem. We can’t compensate public safety workers after we killed our golden geese that paid the bills.

Security camera technology has never been better or cheaper. Cameras are worthless without police investigators identifying and arresting the culprits.

There’s little salvation in private security agencies. Instead of providing real security they provide only an illusion. Their workers are poorly paid and lack meaningful training. The security companies are not capable of stepping up to the plate and dealing with dangerous criminals. Frankly they’re terrified of the liability associated with confronting criminals. Over the years private security has been turned into simple observe and report businesses. We must understand that the 911 operators don’t answer the phone any faster for security company personnel than for anyone else.

Email ThisBlogThis!Share to TwitterShare to FacebookShare to Pinterest
Labels: Self-defense

The globalists are following their script to a "t". Don't you recall Kissinger telling us after the 1992 Los Angeles riots that there would be a time in the near future when Americans would be happy to see United Nations troops patrolling the streets of America to restore order?

We are under "world government" already. http://www.youtube.com/watch?v=hXWeOa-FuyM

Continue cutting essential services, keep the illegals flooding n, strangle the freebies to the welfare crowd and at the "critical mass" moment...hell will erupt. No electricity, no deliveries for 6 months to soften up the overweight patriots with 10,000 rounds of .223 ammo, generators, lasers, freeze dried food and stash of silver and gold...then, WHALAH! In come the UN troops from every hell hole country on the globe to confiscate our guns, steal our properties and truck some of us to FEMA work camps.

That's the stated plan and you know what, because a couple of A10 Warthog pilots refused to unleash their cannons on the last G30 meeting and lavish party for all the members of Congress, now we and our children will be enslaved and/or shot. Thanks guys...for honoring your oath to protect and defend our Constitution.