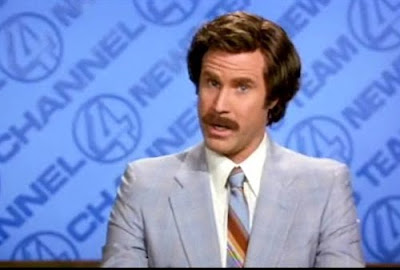 Chicago, IL—I’ve spent some 20 years freelancing as an investigative TV news producer with numerous local, national, and international news programs. I’ve handled only the more interesting private investigation assignments, I preferred during this period of my life. Now days, I do far less news because the newsroom budgets have all gone to Hell and most news organizations can’t afford me as they lay off long time employees.

I’ve worked with many well-known journalists who I consider friends. Many of them will read this article. The vast majority of these people are hard corps Liberals and at the same time decent and honorable people.

I will defend my Liberal media friends because they were programmed with their views by very charismatic professors that had absolute power over them in school. You can’t find any colleges where the courses taken by prospective journalist are not dominated by total propagandists from the far Left.

College students all seek approval from their educators/mentors. Journalism students are certainly no different. To suggest that these folks were not influenced politically while in school is pure fantasy. Unfortunately, somewhere two many of them lost the ability to analyze issues or see anything from a different point of view.

When in doubt, journalists ask their peers. It becomes a case of the blind leading the blind. as they validate each other’s misconceptions and dismiss anyone who does not see it their way.

My journalist friends don’t for a second believe they are misleading anyone and are for the most part value their integrity. They also want to live in the best world possible and think they are a good judge of the political direction America should take. Too often journalists are delusional as they unwittingly help Leftist politicians spin and distort the truth.

These same journalists have no difficulty relentlessly interrogating Sarah Palin who was suddenly thrust into a national political scene in a race for Vice President. But they can’t seem to formulate anything but softball questions of either the candidate or now President Barack Obama.

Important and burning questions for Obama they all refuse to ask include:

1. Your paternal grandmother insisted you were born in Kenya, can we see your actual birth certificate?
2. Why have you so bitterly fought all those expensive lawsuits now clogging our courts that suggest that you’re unqualified by birth to be President and just show your birth certificate?
3. Why did the Illinois State Bar, delay your admission to practice law and why are you not on the rolls of licensed attorneys today?
4. Did you apply for and receive grants or loans as a foreign student?
5. Discrepancies were found with Social security numbers used by you in the past, did you steal someone’s identity or just make up random numbers and why?
6. Your platform is pretty far Left are you a Socialist/Communist?
7. Why won’t you let the free market work to let troubled banks and corporations fail? Are there no competitors worthy of taking over the market rather than government?
8. You redundantly promised transparency in you administration but have tightly veiled it instead, what went wrong?

The fact that George W. Bush was a horrible President may have caused these journalists to become more politically proactive than ever. The media was definitely in the tank for Obama. The major media refuse to publish anything at all that would undermine the Obama campaign. John McCain had no real stand that would have allowed him any sign of improvement of Bush.

If our journalists had some backbone, Barack Obama would have not survived the nearly two years in office. The journalists either suspect or know the real answers and that’s why they won’t dare ask them.

The mainstream media has lost all credibility when it comes to politics. Since so many other stories involve politics or government policy there can be no trust at all.

Print and broadcast news as we knew it has slowly committed suicide through their political propaganda agenda.

The Internet is here and consumers of news are forced to find credible, reliable and trustworthy sources for news away from what was the mainstream media.

Slowly bloggers are learning how to the research material, check facts as they search for and then interview newsmakers they way it should be done. Many have stepped into this role by accident or hobby. The fact is they’re here.

All providers of news are shaking out right now. Journalists will have to rehabilitate themselves, find new places to reports or sell insurance to put food on their tables.

The public wants to know, who, what, where, when and how. They don’t want any political correctness filters or to be deceived. They also want to be entertained with sensationalism. Hopefully the new media will fill this need, but the reality is there will be a lot more of the same. The task of winning and keeping readers, viewers or visitors for any news provider is not so simple.

As for my Liberal journalist pals, they can count on one thing from me. I won’t deceive them and will give them the respect they deserve. Politics aside, they are after all, my friends.
Posted by Paul Huebl Crimefile News at 10/14/2010 04:53:00 PM

We saw an example recently where a completely innocent cop in Illinois was being railroaded by Will County Attorney James Glasgow. The media obligingly ran that mugshot everywhere and referred to a car accident he was involved in where a young boy was killed. You had to read police blogs, though, to find out that the boy had ran a red light. Good luck finding the full story in the mainstream media!

Here is an example of what poses for journalism in Chicago.youtubelink

I don't know if you sawthis yet Crimefile, its been on Drudge and SCC And DSLC blogs.

The leftist media has broken its trust with the citizens. They fail to hold liberal politicians feet to the fire by giving them a free pass and not asking what citizens want to know.

The mainstream media is in its death-spiral, so they are going for broke with the socialist agenda of the Democrats.