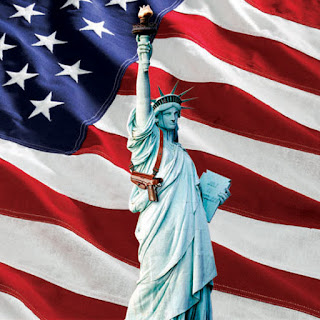 Los Angeles, CA—The California Assembly has written a telephone book size chapter on firearms regulations. They have laws against guns that are too big, too small or too cheap. They have laws to deal with all manner of possession or carrying. The sad truth is the average cop can’t possibly keep up with all the gun laws of the not-so-golden state. Concealed weapons permits are still impossible for civilians to obtain in any of the most populace and dangerous counties.

Non-residents are absolutely and wrongly barred from any right or even a privilege to carry a loaded firearm in the state even if they have wallets filled with permits issued by other states. People are being falsely arrested and prosecuted.

Illinois has an absolute ban on carrying concealed or loaded weapons. This state too has a hodge-podge of local confusing laws throughout the jurisdictions under control of Democrats. They just don’t care what our Bill of Rights or our Supreme Court may say. People are being falsely arrested and prosecuted.

Wisconsin’s absolute ban on concealed weapons is falling one county at a time but only after people are falsely arrested and prosecuted.

As for New York and New Jersey it’s pretty much the same story. People are being falsely arrested and prosecuted.

Not only do these states have to pay the cost of enforcing these unconstitutional laws they are already paying to defend lawsuits attacking the laws that ultimately fall. The local judges that are sympathetic to the desires of the politicians that appointed them will ultimately be overruled by judges that will follow the law of the land.

The Federal Courts will have to enforce the provisions of 42-USC-1983 against these rogue jurisdictions and juries will be awarding damages that will be paid by hardworking taxpayers.

The Supreme Court has spoken in Heller, and McDonald that the rights of the people to keep and bear arms shall not be infringed. That clearly means firearms can be carried outside of the home in every state and territory of the United States.

That means they can only require permits if they are freely issued to law-abiding Americans. Residency requirements are also unenforceable for people from other states enjoying Constitutionally Protected activity. How many millions will be wasted enforcing the unenforceable? It seems now that it’s rogue local governments that have become the law-breakers.

The only government option is to repeal all laws barring the carrying of firearms in all but a few sensitive locations or to begin a, shall issue program for carry permits.
Posted by Paul Huebl Crimefile News at 10/26/2010 05:17:00 PM

Gun owners really need to step up to the plate like folks did during the civil rights movements of the 1960s.

Its time to restore the Second Amendment so ALL Americans can protect themselves.

The police have tough job and cannot be everywhere,plus its open season on officers doing "real" police work nowdays.

Its a fundemental right to own weapons,not just firearms and to carry them.

To keep:to own or possess

To bear:to have on ones person

It is the Democrat=Communist run Government that wants to totally disarm Law-Abiding People, so when it is all found out that they have stolen our Countries Tax Dollars completely and bankrupted the U.S.A; it will be easier to round up and imprison anyone with a dissenting viewpoint contrary to their Democrat=€ommunist Agenda.

Infringe= to obstruct or deny, to stand in the way of something, or to attempt to block it.

Many States now have some form of Shall issue CCW.Its not good enough.Many are restrictive where you can carry,what good is the permit.

Why do we need a license or permit??Its a fundemental right and not a privelage like driving.Self defense is self defense.

The police are not your friends.