Real Hope and Change is on the Way! 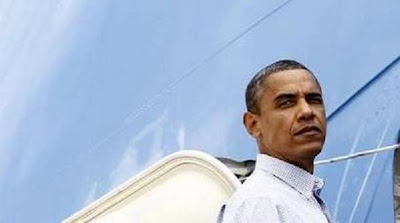 Washington, DC—I've been looking at respected pollster Scott Rasmussen’s figures for the House race showing the GOP picking up 55 seats. Soon members of the Obama Administration will be emulating cockroaches in a filthy kitchen after someone turns the lights on.

The blizzard of Congressional subpoenas will bring much needed sunlight to Barack Obama’s birth, student grant/loans and travel records. Obama has spent $1.5 million in legal fees shielding the records in all those birther lawsuits. Many of those actions are still pending in court but so far no judge has allowed access to the evidence.

It’s no secret that there are many specific additional Congressional investigations in planning stages that are focused on Obama Administration officials. Many key staffers are exiting well before the storm. Nancy Pelosi will be powerless to stop the probes. Oh yes, they definitely will be looking up Pelosi’s skirt too.

2011 appears to be the year of the nastiest Washington scandals ever. Perhaps there will be a special new wing for the Obama Administration members chilling out at Club Fed. That is unless President Joe Biden issues pardons for those criminals.

I'll certainly be interested to see the results of a probe of Nancy "Rosa Klebb" Pelosi. You can just imagine her in a big limo sweeping past toiling peasants in a field on her way to a politburo meeting, like in the Killing Fields.

Keep the pressure on the brother!