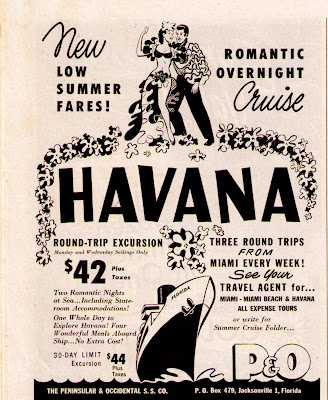 The Island nation of Cuba is a failed 50 year-old Socialist disaster. Poverty, a police state and government run industry has brought misery. Now a half-million people will be jettisoned from their make work government jobs. There is no productivity in places like Cuba that punish the productive.

For most of the Castro Regime Cuba was nothing but a parasite and welfare baby for the former Soviet Union. They have truly run out of other people’s money.

The problem as always is the wealthy Communist Party elite don’t want to give up their absolute power over the Cuban people. They only way to bring about their removal is by killing them. That’s always the rub. They will never just walk away.

The cure would be for the Cuban people to adopt a Swiss style government free from Marxism. They need to release any political prisoners and respect the rights of all non-Socialists as they embrace freedom and build an economy.

Cuba needs foreign investment to re-create the tourism heyday of the early 1950’s. Cuba had great hotels, world class entertainment, gambling and legal prostitution. Cuba’s prostitutes were for the most part very attractive American women. Cuba was a playground for wealthy Americans.

The new Cuban government could really boost the investments if they refused to cooperate with any other nation on tax collection matters. Letting foreigners buy some land and develop it could make Cuba a paradise on earth.

With the new freedom, there would be renewed trade opportunities. Expatriates would love to return home bringing their American won assets.

Cuba could be a nation of productivity, wealth and exciting entertainment. Don’t look for the old guard party bosses to worry about anyone’s welfare but their own.

Cuba needs some honest politicians and bureaucrats to put a democratic country were liberty and justice is a reality. Imagine Cuba with new cars on their roads and stores with the best products for people with the money to buy them.
Posted by Paul Huebl Crimefile News at 10/03/2010 04:05:00 PM

"1. Remove the portion of all categories of property taxes applied to publicly funded education from our property tax bills. (This will require the abolition of the taxing authority of School Districts, with the resulting dissolution of publicly operated school systems. School properties owned by public entities thus become available for private lease and operation, and, thus, provide the consumers with the basis for authentic free market choices.) Require rental property owners, (residential, commercial, industrial, agricultural, etc.), to reduce their rental rates dollar for dollar, ie., a profit neutral effect.

3. Redefine the basic educational goals for the above 5 voucher categories as follows:
a) Module #1 - Reading, Writing & Arithmetic, ie., developing vocabulary, grammar, reasoning, problem solving, parable comprehension, mathematical logic, spatial coordination skills, sense perception organization, etc.
b) Module #2 - Begin the process of assessing individual student propensities, talents, interests, etc., said assessments forming a basis for current and future individual curriculum shaping, ie., intellectual, physical, emotional, etc. continue previous module's development of Reading, Writing and Arithmetic comprehension.
c) Module #3 - Using the assessments made during the 3 years of Module #2, begin the gradual, individual curriculum division of students into emphasizing their respective areas of natural propensity, ie., Intellectual, Physical and Emotional. (Intellectual = the Sciences, Physical = the Trades, Emotional = the Arts, in all their forms and variations.) The gradual process being enabled by Elective Course options + Mandatory Course requirements.
d) Module #4 - Continue the above individual student curriculum process, but weighed heavily in the individual student's natural propensities, abilities and talents. A given student's subject of study desire contrary to their natural propensities can be satisfied via Elective Courses of study.
e) Module #5 - The final stage which determines post traditional publicly financed education, preparing the individual student for and/or: College in the Sciences, College in the Arts, or College in the Trades, or gainful employment opportunities.

4. Finance the above set taxpayer financed minimum voucher amounts via an across the board increase in the statewide retail sales tax, thus evenly distributing the cost to all citizens without intrinsic regard to their individual economic status. Granted, those who spend more, presumably being those who have more to spend, will contribute more, however, all who purchase at retail will contribute.

5. As individual, stand alone private enterprises, each school will set it's own tuition rates, with the set minimum voucher amounts being the basis, and any additional amounts being the responsibility of the given consumer's desire to purchase a specific school's educational services for their child/children.

Our public education systems have been devolving into "a mind is a terrible thing to waste" mode for several decades now. It is long past the time to end the wasteful practices which come with bloated, government run bureaucracies."