Smile For That Booking Photo 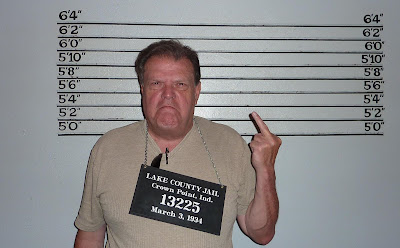 Joliet, IL—Police officer Brian Dorian was charged in what could have been a death penalty case. The incompetent Will County, IL investigators were as miserable to the hapless suspected cop as they could be. The world was soon told that the deranged shooter was in custody and everybody was now safe. The investigators and prosecutors were all patting each other on the back for their wonderful accomplishment.

Poor Brian Dorian was as emotionally wound up more than ever before in his 37 years as an honorable man. He was quickly put in front of the booking camera and understandably he was a real sourpuss. That picture was published to the entire world redundantly. 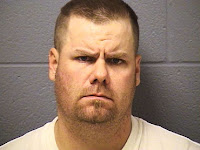 People made judgments on Dorian’s guilt or innocence not on facts, but upon the baseless information put in Will County law enforcement press releases and that picture. The Internet chat was every bit as hateful against Dorian as for another target of Will County officials, retired Bolingbrook police Sergeant Drew Peterson.

I can tell you from experience that victims and witnesses are shown those booking pictures in photo lineups. They almost never will identify a smiling face as the person they saw committing a crime. The sourpuss always wins this contest.

Just minutes before Dorian’s mother got the call from her son’s lawyer telling her that the nightmare was over, I personally advised her to get some normal photos of her son to the media at once. If they had new pictures they’d show them instead of that nasty picture that was influencing the potential jury pool. Smile for that booking photo since your very life may depend upon that.
Posted by Paul Huebl Crimefile News at 10/13/2010 05:37:00 AM

More product of Wicklander/Reid biased interviewing system that does not work.

Hey that guy in the picture once shook me down for $10.00 for going 20 mph over the limit! I'll never forget that cop!

Is James Glasgow elected or appointed? Can he or Will county be sued?