Why Europe Is a Soft Terrorist Target 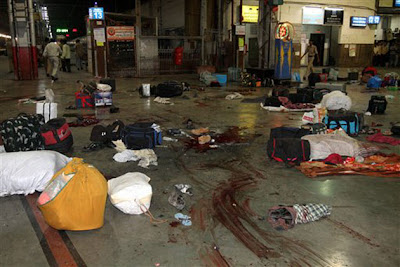 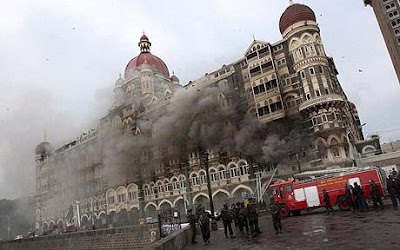 There is widespread talk of Muslim attacks on Europe right now. Europe may soon pay dearly for their gun bans because they are not ready or capable to defend their citizens. Germany has seen the exodus of American military forces because the occupation is long over and the cold war has ended too. They have grown soft over the last decade or two.

The men and women of the German police agencies are well trained but their 9MM handguns are minimal protection from the AK-47 select-fire rifles easily obtained by terrorists from the old Soviet territory to the East.

An attack on Octoberfest celebrants in Munich would be shocking, tragic and heartbreaking to say the least.

In the European Union there is no right for civilians to keep and bear arms. Europe has a fairly well behaved population and accordingly there are not that many police to mobilize quickly to deal with any significant organized attack.

Europe may soon get a very nasty lesson in the bad politics and hazards of gun control.

If a commando style attack like the one in Mumbai, India slaughtering 175 people, happened in some major American cities heavily armed police would respond within 30 minutes and engage any attackers. A lot of killing would take place in 30 minutes for sure, but he likelihood of serious and unpredictable armed resistance would also come from armed citizens. In any event the terrorists would very quickly meet their makers.

The same is not true in places like Chicago or New York where terrorists could quickly inflict mass casualties. The police response those places would be weak and slow with no help whatsoever from armed civilians.

Europe has lots of left over contraband war relics hidden everywhere but legal possession by civilians is nearly impossible in most of Europe. Places like Germany, France and the UK are preferential, soft terrorist targets incapable of rapid response. Civilians would be helpless as their blood runs in the streets. Of course the European politicians will never blame the gun bans for enabling the carnage.

The exception is Switzerland where able bodied men and women would break out with government issued modern select-fire automatic rifles and plenty of ammunition. The Swiss would put down the attack quickly with minimal bloodshed.

It was 1966 in the city of Austin, Texas when a deranged Charles Whitman brought his rifles and ammunition up to the University of Texas tower. Whitman opened fire killing and wounding scores of people. It would have been much worse but for many civilians with rifles who fired on Whitman’s position from Austin streets.

Eventually it was young Austin cops, Ramero Martinez and Houston McCoy who was accompanied by a heroic armed civilian named Allen Crumb who put an end to the massacre.

Had it not been for Austin’s armed civilians the death toll in Austin could have been in the hundreds.
Posted by Paul Huebl Crimefile News at 10/02/2010 05:43:00 PM

Right on!...I believe that private gun ownership is a great barrier of protection to this nations security and sovereignty.

Paul, I must disagree with your statement about Chicago and New York. Here in the Windy City, they cannot train us on the M4 fast enough. Guy's are signing up in droves to take the Carbine Operators course. If those nitwits do decide to launch an attack like the one in Mumbai here, I assure you that the CPD is more than willing and capable of handling it.