Obama and the Teleprompter 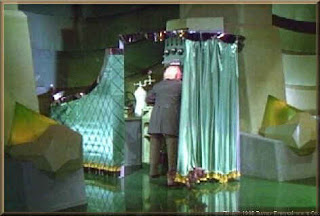 Washington, DC—Certainly George Washington or Abraham Lincoln did not have teleprompters.

That gizmo was invented after television in 1950. Prior to that stagehands held up cue cards. The actors were looking everywhere but at you when they were reading them.

Teleprompters are great for TV news anchors who must deliver clear and accurate information to their audience sometimes minutes or even seconds after news breaks.

Teleprompters allow actors to look directly into the camera lens and read the material rather than to rely on memory. Later they began to use multiple Teleprompters for use in addressing large audiences.

Teleprompters are critically important when the people reading the text to the audience did not write it. Speechwriters make our politicians sound intelligent and informed. Somehow I’ve always been offended by politicians that can support their own positions in their own words.

Teleprompters have been used by all presidents since Harry Truman. It’s been said that Richard Nixon preferred to memorize what he had to say rather than be a slave to a machine.

Barack Obama can’t recite a simple paragraph without someone writing the words and putting it on a Teleprompter for him. I can’t help but believe that Obama is a mechanical puppet for some strange shadowy alien standing behind a curtain. That Wizard of Oz image flashes in my mind every time Obama is seen speaking.

Reading a Teleprompter requires the actor to pretend he’s speaking from his heart and not reading as he makes important eye contact with the audience. Yes, it’s all an act.

It’s somewhat obvious to me that Obama is not connected to the words he speaks. He reads the material like a second-rate voiceover actor doing a commercial for a product he does not believe in.

I remember a Cold War era episode of the TV show, Outer Limits where our President was a programmed humanoid robot made by an enemy nation. Barack Obama fits that image exactly. Obama has set about destroying free enterprise, our economy and national defense at breakneck speed as he embraces the teachings of Karl Marx.

The Manchurian Candidate was another theatrical offering on this same concept based on the very real government mind control experiments involving chemical mind twisters like LSD.

No matter the reason Barack Obama appears to me as a composite invention of a foreign invader.

Like Richard Cunningham Patterson Jr., United States ambassador to Guatemala in 1950, said when he accused the Jacobo Arbenz Guzmán government of being Communist. Patterson explained his reasoning as follows:

“Suppose you see a bird walking around in a farm yard. This bird has no label that says 'duck'. But the bird certainly looks like a duck. Also, he goes to the pond and you notice that he swims like a duck. Then he opens his beak and quacks like a duck. Well, by this time you have probably reached the conclusion that the bird is a duck, whether he's wearing a label or not."

I don’t think that Obama is a duck, but I sure believe he’s a Socialist or at least that’s true of the man behind the curtain controlling him. Perhaps a Congressional Subpoena or two may take on the roll of Toto by pulling the curtain back for all to see who is really running America now.
Posted by Paul Huebl Crimefile News at 10/24/2010 05:26:00 AM

Just wait til the conservative take over in Congress.Once the Republicans get control of the House,the supoenas and investigations will come.

Obama is incapable of giving a speah without the Teleprompter, as he is nothing more than a robot, and a Tool of George Soros, and the worlwide Communist Cabal.