Paul why do you hate the TSA and its workers? 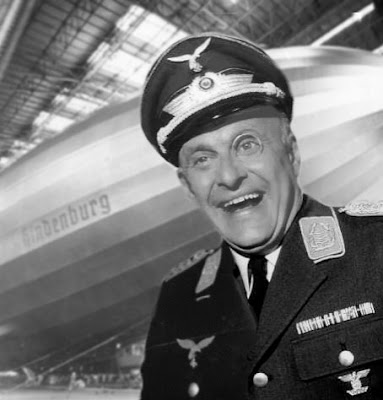 Los Angeles, CA—I had a chance meeting with a TSA official high up in the food chain. I will not name this contact for obvious reasons. I will call the person, Col Klink the fictional German POW camp character from Hogan’s Heroes.

Col. Klink knew I had written scores of articles condemning the TSA and their employees. Klink also knew about a nasty run in I had two months ago at LAX. Klink said, these are just people trying to make a living at a very difficult job and they don’t deserve the constant bashing you give them. He further said, “They are only following the mandates given to them.”

I explained to Klink that that “only following orders” defense did not work for Nazi war criminals and the TSA workers should not rely on that either.

I told Klink we have a Fourth Amendment that was intended to protect Americans from warrant-less search and seizure when probable cause of criminal activity does not exist. Klink retorted with his belief that we don’t have to board commercial aircraft and that this is voluntary. I told Klink to tell that lie to people traveling because their livelihood requires it or people going to funerals of loved ones, I’m just not buying it.

The TSA does not properly select, hire, train or supervise their workers. The TSA is a total mess that’s beyond repair. It’s a jobs program gone wrong.

To begin with the searching of passengers will never preclude or even slow down the introduction of explosives or weapons on airplanes except for the passengers that care about the laws of contraband and weapons.

If wardens of maximum security prisons can’t keep weapons and drugs out of their facilities the TSA mission is indeed impossible.

I also told Klink that I believe that the government has only created the illusion of security through passenger, inconvenience, harassment and abuse. The government feels the public would believe we are unprotected and endangered without their layers of pretend security and high visibility.

Klink agreed that the TSA was involved in a security charade costing Americans hundreds of billions of dollars. Klink said Homeland Security officials would expect the airlines to go bankrupt over frightened passengers staying away especially after 9/11.

Klink said the public is ungrateful, rude and disrespectful to their officers and that bloggers like me legitimize that behavior. Klink told me too many passengers place a higher value on their perceived rights than the fragile feelings of the TSA workers and that is a recipe for unacceptable conflict.

I told Klink the TSA workers are overly impressed with their own importance. Further, I said the TSA workers view themselves as heroic law enforcement officers saving American lives and that’s pure hogwash.

Klink talked about low morale, poor self image and high turnover affecting workers in a negative ways. Klink said that they constantly reinforce to their officers that they are not cops and have very little authority to do more that contact police or federal law enforcement on an observe and report basis. Klink cited the expensive snappy new blue uniforms and gold police style badges as needed to combat their morale issues.

I told Klink that when there is a conflict or issues of attitude between his screeners and passengers that the screeners retaliate with slower and closer inspections of the passenger’s personal belongings. The passenger is treated like a criminal in a true sadistic sense and that is horrible.

Klink actually asked me, what I’d do in the way commercial air travel anti-terrorism security? Since he opened that door I hit him hard with answers.

I’d reduce the TSA employee numbers to 25% of the current strength. TSA employees would be properly selected, trained, armed and have limited police powers.

Routine searching of passengers and their luggage would end. All off duty local, state and federal law enforcement officers would be allowed to carry their loaded duty weapons.

All pilots would be required to be trained and armed with weapons to continue working. Pilots would have full police powers throughout every airport and aircraft they are assigned.

Every agent of the TSA would be engaged in criminal profiling, selecting passengers for screening based on behavior standards and suspicious activity. K-9 officers would be meeting and greeting passengers on a routine basis.

No person with a passport from a country we are at war with, declared or not, shall board our aircraft.

No citizen will ever face arrest or prosecution if they inadvertently pack or have a legal firearms or knife in their luggage. All legal property taken for safekeeping will be returned by mail or common carrier at the expense of the passenger.

The last thing that was brought up was whether I’d get involved with training TSA officers if requested. I told Klink that TSA officials would accept me for that role over their dead bodies. I told him I’d do it on a contract for my regular hourly rate.

Klink said I should have been called to testify in Congress when they were making laws. I told Klink that would only happen in a perfect world.

This is a typical TSA screener at her best playing God outside of the airport terminal. This nation is in trouble.

Keep sticking it to these worthless drones, Paul. Why Americans put up with this nonsense is completely beyond me.

Fire those power crazed morons now and let them go back to washing cars.

TSA is just like the Sheriffs dept.Its all pay for play and affirmative action hires.

Notice to airlines: Because of the TSA, I fly as little as possible. In the first couple of years I lost some business, but I figured out how to serve my customers so much better with teleconferencing and Internet that my business has now doubled. I only fly now when all other avenues have been exhausted, and I will NEVER subject myself to those full body scans.

Paul; a suggestion my father and I discussed (he retired USAF, both of us in the defense industry) was allowing those who had been granted Secret/Top Secret security clearances for business/military purposes (and thus having undergone in-depth background checks) to bypass security.
Just a thought....

SHAVE I WOULD HAVE JOINED THE NAZI PARTY IF I COULD WEAR A UNIFORM LIKE COL. KLINK, SIMPLY BEAUTIFUL

PAUL''THE PROBLEM IS NOT THE WORKERS---THE WHOLE SECURITY OF THIS COUNTRY IS ILL-DISCIPLINED, UNDER-TRAINED, CARRIES IMPROPER WEAPONS TO MEET ANY CRISIS, HAS NO MANAGEMENT THAT HAS AN IQ BEYOND THE NEXT PAYCHECK, AND SOLVES NO PROBLEMS WITH OUT-SOURCING! THE END RESULT IS, AS YOU SAY, PEOPLE WITH HEADS UP THEIR ARSE---AND I SPEAK WITH EXPERIENCE OF 30 YEARS-NONE MAY SPEAK WITH MY AUTHORITY! THE AGENCIES, PUBLIC AND PRIVATE, ARE IN REAL TROUBLE,IN DEBT, AND CAN'T ATTRACT FLIES OR MAINTAIN CONTRACTS----DOES THAT ABOUT SUM IT ALL UP!????