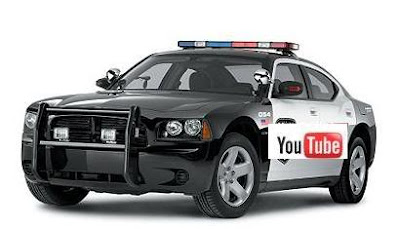 Chicago, IL—Our commercial aircraft carriers have had cockpit voice recorders to analyze aircraft accidents for decades. The pilots union zealously guards that the use of the recordings is for only accident investigation. The contents of the recordings can’t be used for any other purpose.

In an effort to sort out the wide range of highly fictional accounts of police/violator contacts administrators are putting video/voice recorders in police vehicles. Suspects and sometimes police have been known to “recreate” events in courtrooms and sometimes lives are ruined by what the juries and judges choose to believe.

In a perfect world nobody would ever tell lies especially under oath. The fact is if the mouths of humans are moving, they’re probably telling lies. That’s especially true of police/violator contacts.

If the conversations in police vehicles were recorded and made public cops would always be in trouble. The already high police divorce statistics would be off the charts and there would be grounds to fire most officers for one violation or another. You see, free speech is not really free since what you say can get you in a world of trouble. Even cops need privacy.

Imagine being trapped in a car where every word you say during your work shift is recorded and preserved for later use against you. There would never be any privacy. One could argue that corruption would be made more challenging but who is willing to work under those conditions?

So far, several hundred Chicago police vehicles are equipped with the video/voice recorders and many officers are disabling or simply not allowing the equipment to operate.

Police administrators are countering that the officers are being cleared of phony allegations over 90 percent of the time. Somehow I see a deeper divide between police and the public through the recording equipment. Casual conversations will quickly be a thing of the past.

To suggest that cops will get used to this new technological tool is a fantasy.

Any recording system that would be acceptable to officers is the one where exactly what’s recorded is under full control of the officer. The officer needs to be able to activate the equipment at his or her pleasure. I don’t anticipate that happening and the police unions need to step in and draw a line in the sand.

I can’t imagine ever wanting to be work as a cop under today’s conditions. With every man woman and child in possession of a cell-phone video camera, GPS vehicle tracking systems, and YouTube, any other line of work would be better.
Posted by Paul Huebl Crimefile News at 3/29/2010 05:28:00 AM

It’s one thing to accept employment when you have no expectation of privacy. It’s another thing to be working years into a career where you had privacy and the employer simply puts you on camera. This is the rub here.

All designed to jam up the working officer.Golden boys of course are exempted.

Paul, I'm curious about this issue. I have respect for good solid police officers but I think there has to be a dialogue about corruption, etc., within police forces. There is a lot of lying in reports, etc. How would you suggest addressing it, Paul? There is a deep divide between the citizens and police officers.

I look forward to your response.

All the best,
Kelley