Adolph Hitler Hurt Germany The Most. 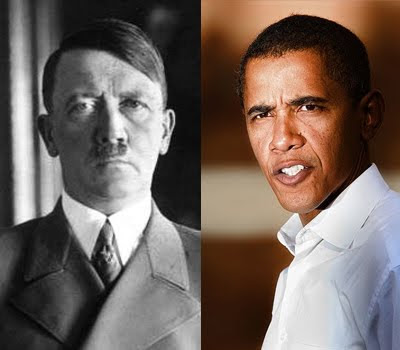 Berlin, Germany—At the end of World War I, Germany signed on to the Treaty of Versailles that saddled the nation with an impossible war debt to pay. This was during the time they were simply printing money as the economy tanked and Germans were actually starving.

Two opposing Socialist political parties fought for control of Germany. The Communists and Nazis battled it out. The winners were the National Socialists led by a charismatic man, Adolph Hitler who expertly used the new media of radio to lead a nation of obedient sheep.

Hitler’s PR manager, Josef Goebbels was a genius that knew to never let a good crisis go to waste. They contrived a crisis and that was the arson blaze of Germany’s Reichstag. Outraged politicians quickly voted to give the Nazis absolute power to crack down on their opposition.

Hitler delivered on his promises to feed Germany and redistribute the wealth. The Jews were targeted since they were both unpopular and wealthy. Jewish property and businesses were confiscated and distributed to Nazi Party faithful. The German people allowed themselves to be totally dependent on the National Socialist government for absolutely everything.

Jews were outlawed and those that did not flee were rounded up and sent off for "resettlement" in Eastern Europe without their assets. The dirty secret was Hitler’s Final Solution to the Jewish Problem along with extermination of the medically unfit. This was also an economical move since you need not care for or feed the dead.

Germans were very desperate for peace, prosperity and security. Hitler and his henchmen seemed to provide even better than expected and that boosted his popularity. Soon Hitler was running out of Jewish money and began the occupation of his European neighboring countries. That of course eventually brought World War II.

Still the German people were overly fond of the National Socialist messiah who filled their food pantries and stomachs with food. Those who knew the real story were tried and executed for High Treason if they made any effort to expose the Nazi atrocities.

We are at a crossroads with crisis after crisis and now we have a overly large, government dependent population that follows Barack Obama like starving puppies. Obama leads them as any other effective cult leader. Obama’s followers are just as giddy as Hitler’s were to be in his presence. The similarities between these two Socialists, is indeed downright spooky.

Germany saw 9 million of its own citizens perish because of Hitler. That does not include the Holocaust, nor the loss of all the Allied soldiers. Socialism was and is nothing more than a killing machine everywhere it has been tried.

Getting rid of Hitler was politically impossible and those that saw the horrible direction Germany was headed had no choice but to plan his assassination. By the time the German resistance got serious, it was too little too late.

We have no choice but to rid our government of every last Socialist and Communist.
Posted by Paul Huebl Crimefile News at 3/20/2010 02:58:00 PM

Yes,even the allies knew that Hitler was a major contributor to the Third Riechs demise.Adolf was out of his mind and made many blunders.

The Allies cancelled a misson involving some operatives parachuting into the eagels nest and whacking the lil bund.