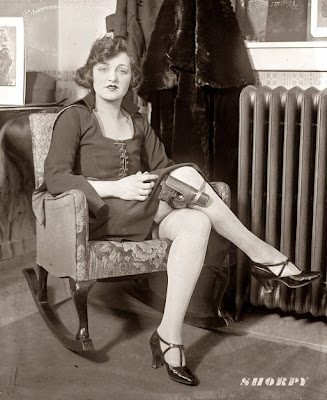 Phoenix, AZ—Arizona always had open carry rights for people excluding felons, mental defectives and those addicted to alcohol or drugs. Concealed weapons were outlawed for all but police in the 1960’s.

Arizona had a population explosion of people from New York and Chicago for the relaxed Arizona lifestyle. Some of those people went into total shock when they saw others peacefully carrying guns. The early 1980’s brought suggestions of simply allowing permits for concealed weapons, That concept sent fear and condemnation throughout the State Legislature.

Carson was undaunted and introduced these bills every year for the next 14 years. Finally Carson’s efforts paid off and the new law brought credibility to none of the violent predictions of Arizona’s naysayers. The concealed weapon permit holders in every state are a law-abiding bunch of folks.

With the liberalization of these laws in America we learned one thing. Gun control works, only on the law abiding. All the gun laws and harsh penalties have zero impact on criminals. Gun laws have only worked to disarm decent people and allow for their victimization.

Now the Arizona Legislature voted to join Vermont and Alaska in allowing for concealed weapons without a permit. Those choosing to carry weapons must not be prohibited to possess weapons by any state or federal law. The governor can be counted upon to sign this measure into law.

Illinois and Wisconsin have total bans on concealed weapons. New York, New Jersey and California radically restrict how guns may be carried with permits that are difficult or impossible to obtain. Many of these jurisdictions have confusing laws that overlap and do little more than give the bewildered and law abiding, criminal records for the rest of their lives.
Posted by Paul Huebl Crimefile News at 3/24/2010 08:58:00 AM

Why do we even need a permit system,when it is a RIGHT under the Bill of Rights??

How can you restrict a right??

Great taste in old photos, Paul. The woman looks to be about the same age as my mother. I heard my dad had a revolver around the house about the time of this pic, late 20s early 30s, but it was gone by the time I came on the scene. There were many stories they never told me ... I'd love to be in that room and talk to her, but check out that hat on the table behind her, and the trenchcoat on the rack. Was she a wiseguy's moll? Might not have been too safe for an outsider at that house. Aside from the classy gams, she's also sporting an interesting looking gun. Any idea what it is?

The gun looks like a Colt .25 auto of the day placed into an ill-fitting oversized holster fastened with large rubber bands. It looks clumsy and cumbersome and perhaps simply some photographer’s idea rather than the actual day to day carrying of a defensive weapon.

The woman involved could have made a better holster for that lightweight little gun out of cloth or simply carried the gun in a purse. It was also not uncommon for women they as they do today to carry their smaller hardware in various undergarments.

There is of course the tiny S&W .22 revolver, called the Ladysmith (not to be confused with the revolvers manufactured within the last three decades). The originals were said to be concealed by some women in their cooters. That less than wholesome image caused S&W to drop that line of revolves altogether.

In any event it made a great picture of the ideal “Gun Mol” of the day. Of course we all like to know who she is and how the photograph was made. She seems to be a great gal with a sense of humor.