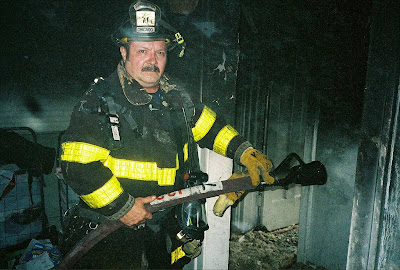 Chicago, IL—Retired firefighter Ted Kozak is a political prisoner of the State of Illinois. He is there because he dared keep and bear arms in Chicago, Illinois.

Someday it’s hoped that those despots who put him in prison be forced into the same punishment or even worse for violating Kozak’s civil rights. Kozack is not, nor has he ever been a danger to anyone.

In the meantime Kozak appears to have just been sent to the facility where he will stay until released because of appeals or when he is paroled.

As all Illinois prisons this one houses 90% miserable, African-American criminals. Kozack is probably in reasonable fear of his life every day and depression is his constant companion.

Please take the time to send Kozack a letter or card.

PRISON MADE ME RACIST FOR LIFE