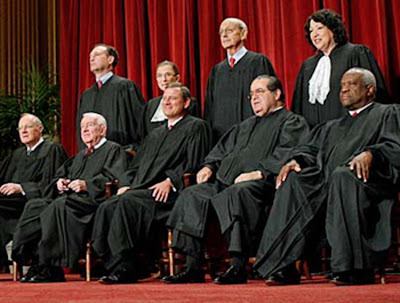 Washington DC—The Bill of Rights has been enshrined in America for over 200 years. This document is Americans only protection from government tyranny. The problem is our judges have been slow to strike down laws that have traded the mere promise of security over our liberty.

The Second Amendment was and is unambiguous in its strong language. Local and federal lawmakers have ignored the right to keep in bear arms enacting whatever they pleased with slim majority votes. These fools really want to repeal the Second Amendment and know Americans will never stand for that happening. So they appoint only judges that will ignore the portions of the Bill of Rights they can't tolerate.

Gun ban after gun ban has been enacted by Leftist politicians and been allowed to stand because of creative but defective reasoning that the people had a “collective” right for their government to bear arms. That ridicules analysis ignores the reality that government never needed a right to keep and bear arms. The idea fell in 2008 with the Heller Decision that made it clear that individual Americans have this right.

Now there is another equally if not more important legal question before the court. That is can state and local; governments continue ignore the Second Amendment. In general our 14th Amendment requires the states to honor the Bill of Rights but that happened, one right at a time with various cases before the United States Supreme Court. They just never got around to hearing a case on the Second Amendment until tomorrow, March 2, 2010.

It is inconceivable that the 14th Amendment only gives protections for some but not all rights. Watering down the 14th Amendment would be dangerous and allow local governments to legalize slavery or eliminate fair trials for accused Americans. This is just not a reasonable option.

The gun rights haters like Chicago’s Mayor Richard M. Daley dare suggest that outright bans like theirs are somehow reasonable controls. A ban is not control but simply a ban. The handgun ban, along with many other onerous related regulations, violates the civil rights of Americans.

There will not be any streaming audio for Americans to hear like in the Heller Case. We will have to wait until the court reporter’s, transcript of proceedings are available. When the transcript is ready I will post it here.

Don’t expect a decision from the court for several months. They could wait until just before the Summer recess in June to release and inform us of the law of the land.
Posted by Paul Huebl Crimefile News at 3/01/2010 05:13:00 PM

I wish all the States would treat the Second Amendment like Alaska and Vermont.

Most people do not really understand that this clear and simple Right to our Bill of Rights,means what it says.