I Smell War In America 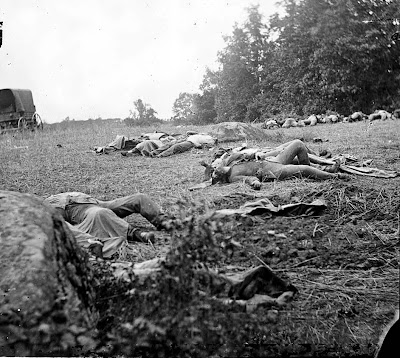 Washington, DC—As the Obama administration and a runaway Congress marches against the freedom and liberty of Americans they show their ignorance of history.

The anger over the Socialist styled healthcare seizure by government is boiling over right now. That, as the Left is emboldened to continue with their Marxist agenda non-stop.

They have enslaved the productive and taxpaying half of this nation to serve the unproductive and ungrateful other half, along with a massive police state.

On this earth there is no place ever inhabited by humans that has not suffered holocaust and war. That’s because some want to impose their will on others by force.

The British learned the hard way that you can only tax and punish, until people go to war. Then there was the time that the North imposed their will over the South. Of course by the time that war was over there was nothing to celebrate over a Union victory. The undertakers were the only ones that won that war.

History shows that the side with the most guns wins. It has not been the Leftists buying up every gun and round of ammunition produced for the last 18 months. Were they buying these weapons in anticipation of new restrictions or preparing for a Second Civil War?

Imposing your will on others by force is always a dangerous idea. History has redundantly demonstrated that fact. Yes folks, I smell war.
Posted by Paul Huebl Crimefile News at 3/22/2010 02:36:00 PM

I can't believe my Uncles crawled through rice paddies and got shot at for this crap, my friends serving in the Gulf Wars and still overseas after 9/11.

According to Obama's health plan, we will provide illegal immigrants healthcare and WE will pay the tax for it.

I guess if we ever capture Bin Laden, he'll be insured!

Those Socialist and Comunists need to find some other country to live because this may be where they die.

Sooner or later the shooting will start and the police and military will never obey Obama.

Perhaps we will see a patriot or two within the ranks of the Secret Service. They take an oath to the Constitution and not Chairman Obama.

They go on to name the five states:
The US rating agency said the US, the UK, Germany, France, and Spain are walking a tightrope as they try to bring public finances under control without nipping recovery in the bud. It warned of "substantial execution risk" in withdrawal of stimulus.

Ammunition is the new ballistic wampum.

SHOTGUNS GET UR SHOTGUNS,ALL BULLSHIT ASIDE DA SHIT WILL HIT DA FAN SOON!