Simple Proof Of Treason By Obama And Members Of Congress 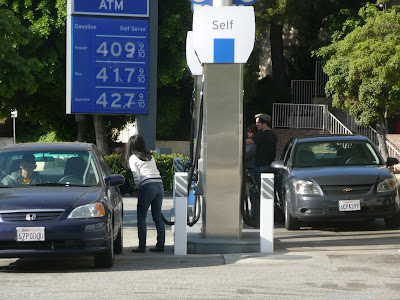 Washington, DC—Yes, we have a undeniable dependence on oil from Muslim controlled nations. These nations are rich and powerful because of American money. These same Muslim nations are run by irrational, primitive and religious zealots that threaten the free world.

We have huge oil deposits in our own soil and Americans are desperate for jobs. Additionally we need additional oil refineries. We could immediately put well over 100,000 Americans to work drilling and processing the fuel we need. This would also greatly reduce or disable the military capabilities of those Muslim nations.

Our dependence on oil is not going to end anytime soon. Why must we also be dependent upon less than friendly nations?

Any politician that does not demand we drill and refine our own oil is not serving the interests of the United States of America. We have loads of traitors in Congress serving interests of other nations and their political agendas.

The Global Warming scam and suggestions that our drilling is somehow more harmful to this planet than the drilling in the Mideast is downright laughable.

We need to demand drilling right now of Barack Obama and those members of Congress. Those that continue to obstruct should be impeached and punished. We need the jobs and the revenue now. That would stimulate our economy a lot better than propping up failed automakers and corrupt banks and Wall Street whore houses.

This is not a Republican or Democrat issue, this is something all Americans desperately need right now. Americans need jobs and to get out from under Muslim ownership. We need to make enough noise so those bastards in Washington, DC do what they are told.
Posted by Paul Huebl Crimefile News at 3/28/2010 01:02:00 AM

Email ThisBlogThis!Share to TwitterShare to FacebookShare to Pinterest
Labels: Treason

Thats the next thing the chocolate jesus is going to ram down our throats is Cap&Trade.