Anarchy Is On The Way! 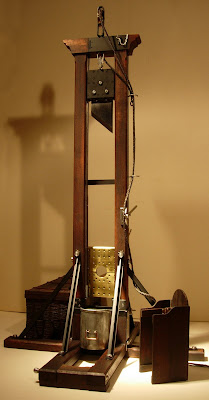 Caterpillar Tractors and now AT&T along with a whole gang of other companies have discovered the new law is catastrophic to their ability to continue providing products and the jobs. We can expect the rest of the businesses to learn the truth to this HCR destructive device that will plunge America into absolute chaos.

The Obama Administration intends to follow up with martial law and grab the power to shut down what’s left of our Bill of Rights. Obama will point to the, “necessary actions” that were taken by Abraham Lincoln to suspend Habeas Corpus.

Lincoln in fact did that and a whole lot more; he seized private property including newspapers, railroads and telegraphs. Lincoln imprisoned 30,000 Americans without trials, and ordered the arrest of legislative members to prevent their voting. Lincoln actually deported a sitting member of Congress, Clement L. Vallandigham from Ohio that objected to the imposition of the Income Tax. Oh yes, Lincoln waged war on the South without the consent of Congress. Yes, Lincoln was a despot and tyrant who was canonized as a saint by revisionist historians.

With our country in a state of anarchy Obama can be counted upon to invite foreign Communist troops to bring peace and order to a new United Socialist States of America. The Socialist executioners will be working overtime to put down the resistance.

Americans must draw a line in the sand and react defensively while we still can to the treason and overthrow of our Constitution. Better for despots and tyrants to suffer the guillotine than loyal Americans.
Posted by Paul Huebl Crimefile News at 3/26/2010 12:51:00 PM

And Solzhenitsyn laments that the citizens of St. Petersburg cowered behind their doors when the black vans pulled up at their apartment houses night after night to arrest their neighbors. If only the decent Russians had fought back, Solzhenitsyn says, if only they had ambushed some of these secret police thugs in the hallways of their apartments with knives and pickaxes and hammers, if only they had spiked the tires of the police vans while the thugs were in the apartments dragging out their victims, they could easily have overwhelmed Yagoda's forces and forced an end to the mass arrests. But they didn't fight back, and the arrests and liquidations continued. And so, Solzhenitsyn concludes, because of their cowardice and their selfishness the Russians deserved what the communists did to them. Will history repeat herself in America. Will we cower in our homes while the thugs come to liquidate dissenters?

I’d like to think that the American police and military would refuse those orders. That’s why they will need troops from China for that duty. Most Americans will go to the slaughter like sheep. They will be crying, “Why me?”

Many of us can be counted on to make is as bloody and difficult as possible. They may have the manpower but in the end freedom and liberty will prevail thanks to the Second Amendment.

I don't think that that the military and especially the police would react as you hope. Think back to Katrina for an example. The modern police force has been turned into a quasi-military force with all of the boots, ski masks and over abundance of military weapons. S.W.A.T. teams breaking down doors in the middle of the night to serve misdemeanor warrants. No, I am afraid that the military and the police would be more than happy to "follow orders".

All to often, local police departments have already developed the mindset that they are an army of occupation. The us vs. them mentality is fostered by the widening gap between freedom and oppressive laws and regulations such as the Patriot Act, TSA abuses, the secret No Fly list, and the often judicially condoned lack of restraint by LEOs to use force as the first, rather than last resort. As more and more police officers are recruited from the military, who's current foreign mission often involves interaction with a local citizens, who for various reasons, must be considered suspect, we see a similar attitude in their actions here. I understand policing can be a dangerous task, I did it for almost 30 years, but I can't understand what I see all to often happening under the guise of "officer safety". Obvious abuse of police powers has simply become the norm, rather than the exception, in many jurisdictions. Many times, department representatives appear on TV and radio seeking the public's help, to come forward with information to assist an investigation, while their officers are doing everything imaginable to alienate the public on a daily basis. You can't have both ways. While all towns are not "Mayberry", most people are not criminals, and deserve common courtesy and respect from their police officers, not attempts to instill fear and intimidation. I, unfortunately, have to agree that there are sufficient numbers of LEOs today who would gladly follow any orders, as they believe the constitution and Bill of Rights doesn't apply to them, for they are THE POLICE, and that's all that matters.