A House Divided Against itself Cannot Stand 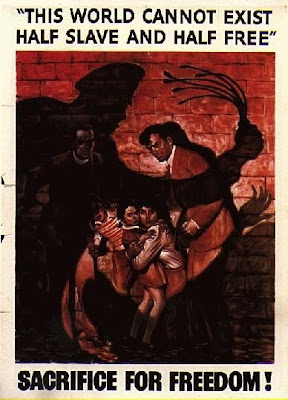 It was in Springfield, IL on June 16, 1858 when Abraham Lincoln made that famous campaign speech while running for the US Senate. Lincoln foolisly seemed to believe that things would somehow work out without a Civil War.

Lincoln let out that iconic line, "A house divided against itself cannot stand." He followed that up with, “I believe this government cannot endure, permanently half slave and half free.”

We are again at this same crossroad with one half of the nation enslaved to the other half and an out-of-control government. Now yet another Illinois politician may be foolishly optimistic we will avoid a second Civil War.

I don’t think our present government can endure half slave and half free but that’s exactly what Barack Obama has arranged. Obama is The Great Divider.

Most Americans are beginning to realize that the Red Menace we long thought dead is here. Our freedom and liberty is on the ropes as we plunge into an abyss of failed Marxist ideas.

Instead of our economy growing it will be the body count as this Communist revolution has only begun. It is time to purge or be purged folks. We are in for a very rough ride if we can’t politically derail that despot and his henchmen.
Posted by Paul Huebl Crimefile News at 3/21/2010 05:10:00 PM

These people swore to protect and defend the constitution. They are tyrants. God help us all.

Maybe we will see some well deserved politician's funerals now...