Another Hot Lady Teacher Busted For Teaching Too Much! 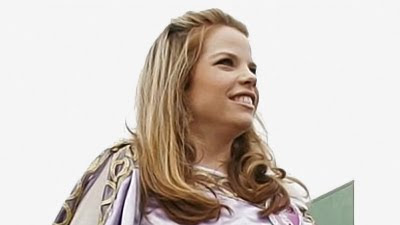 Burbank, CA—Another family is going to hit it big in the lawsuit lottery complaining about the “unfortunate” 14 year-old who learned too much, too soon from his sexy and hot English and Social Science teacher.

According to police sources, Amy Beck, 33 allegedly confessed to police that she had sexual relations with the male student between March and September of last year. If Beck really talked to the police she needs a mental evaluation since nobody in their right mind would do that.

If I was on the criminal jury there could be but one verdict from me, NOT GUILTY.

Okay, I just don’t get it. I don’t see anything but a lucky young lad who got a special treat. If there was a crime here it was the kid blabbing.

As for damages against the school district I’d not give a red cent to anyone if I was on the civil jury.

Yes I would have a different opinion if the sexes were reversed or it was a same sex student-teacher relationship.

Can we please spend precious tax dollars on something important rather than this crap?
Posted by Paul Huebl Crimefile News at 3/09/2010 05:13:00 PM

Is there a double standard? Yes! Do I wish someone like her had "victimized" me when I was in high school school? YES YES YES!!!

I would love for her to "victimize" me right now.

Where were these teachers when I was in school. I would have loved to have her tell me I needed to stay after school for some "one on one" tutoring. Brings to mind Van Halens' HOT FOR TEACHER!