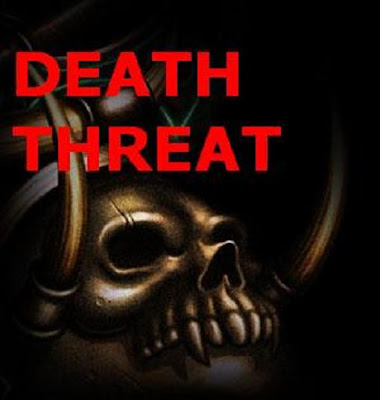 Washington, DC--Some members of our Congress have reported death threats and broken windows at their district offices. It seems too many Americans won’t accept redistribution of wealth and Socialism without a fight.

There is another side of this issue and that is an out-of-control Congress with a slight majority of members violating their oaths to protect and defend the Constitution. Have they brought this on themselves?

When it comes to the hard won rights of Americans there is no room for compromise. Our veterans cemeteries make that abundantly clear. However some in Congress and the Whitehouse just don’t get it. They also need to remember we outlawed slavery!

When our politicians stray from the Constitution it sometimes takes years and even decades for the courts to reaffirm freedoms. Our politicians must error on the side of freedom and liberty or they may face removal through legal or even extra-legal means.

Tampering with freedom is considered risky business in any society. Tyrants have been able to shroud themselves with security since the beginning of government. History has often demonstrated that sometimes politicians and dictators are killed and that comes with the territory.

I won’t condemn every attack against political leaders. Hitler, Stalin, Castro, and other despots certainly showed an uncanny ability to cheat the assassin. Sometimes tyrants get what they deserve.

The hostile, Socialist takeover of the American Health Care and Insurance Industry is un-American and those responsible should expect punishment both legal and extra-legal.
Posted by Paul Huebl Crimefile News at 3/24/2010 12:59:00 PM

Personally I don't condone any violence in this situation because it is what they want. Tonight I watched the ED show on MSNBC because you have to know what the progressives are touting. I was amazed but not surprised. All they did was take the country's unrest and grow them into how the TeaParty folks are dangerous and prone to violence. Really now? How do they know that it's not democrats that are making the threats? Over 40% of them were against this healthcare bill. This bozo [Ed] even made a statement (and I'm paraphrasing), "With all of these violent TeaParty folks being egged on by Republicans and all the guns and ammo sales lately, we just don't know what these people are capable of". What!? These folks [progressives]are.....well....liars but the fact is that they are just hoping for someone to be violent because all of these dope smoking, hippie 60's radicals know that blowing things up and violence gains them zero attention and gets them labeled as "nut jobs". They want so much to label Americans that are against them "nut jobs" and violent radicals. These progressives are not even waiting for any actual violence to try and label TeaPartiers and patriotic Americas that are concerned about their country as nut jobs.

Strongly, confidently, and non-violently keep preaching the truth and these progressives will seal their own fate.

Paul, I have an unrelated question: When did we go from a nation of rugged individualism to a nation of whiny collectivism?