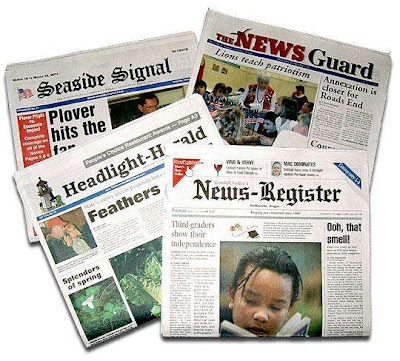 Los Angeles, CA—All forms of news publishing is endangered as revenue is widely spread between all the new competition. Gone are the big budgets to cover stories.

Newspapers have quietly sent reporters out with new inexpensive but high quality digital video cameras to gather news. Since nearly everyone connected to the Internet via broadband connections video is feasible.

The video work produced by newspapers has been pretty much reduced to interviews with newsmakers and video of events. The vanity stand ups and teleprompter news reading has not been part of the changes until recently.

Okay I have a thing for those hot, leggy blond babes on FOX NEWS. They are quite the distraction. Somehow a magic filter they have makes all news good news when reported by those foxes at FOX.

This guy from the L.A. Times ain’t pretty and he talks funny but there is nothing wrong with the information he’s passing along to their web visitors.

Sit back and watch reporter Richard Winton report on a nasty mass murder in Valley Village, CA. This will be the new face of local news as print reporters transition into the new media.

PAUL, THIS GUY IS A ROOKIE & HE STINKS! YOU SHOULD APLY FOR HIS JOB FORTHWITH! YOU WOULD DO THAT STORY JUSTICE. OLD COPPER.