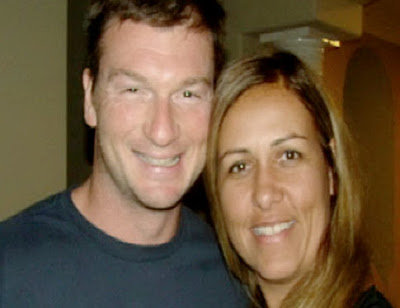 Cancun, Mexico—If you’ve got the money the Moon Palace resort is the place to get your batteries recharged. Great rooms, wonderful service and incredible entertainment filled nights are on the program.

Now we’ve learned that Monica Beresford-Redman was first reported missing by her husband and was later found in a nearby gutter murdered. Reportedly there is a witness to an argument by the couple before the victim went missing. An argument is hardly evidence of a domestic murder.

Police have detained Bruce Beresford-Redman for questioning as a suspect. Reports indicate he had scratch marks on his body. The cause of death is pending an autopsy but police believe she was strangled by her attacker. The Attorney General's Office in the State of Quintana Roo will determine what if any charges will be brought.

Considering recent threats against Americans related to the Drug War we can’t rule out terrorism. Routine murders do happen and spouses and lovers are always the first to be closely examined by investigators.

Mexico’s investigative prowess has never been anything more than disastrous. The Mexican criminal justice system does not include the Bill of Rights Americans always take for granite. I’d say there is a need for top investigative talent to rule suspects in or out and a well paid lawyer to find the truth.

Monica Beresford-Redman was the owner of Zabumba Bar & Restaurant in Venice, CA.

Aside from losing a wife, Bruce Beresford-Redman has a very rough ride ahead.

Update: Bruce Beresford-Redman was released from custody pending further investigation. He’s been ordered not to leave the jurisdiction while Mexican authorities fully investigate the apparent murder. Let’s hope justice is properly served. Remember not every murder can be solved.

Let's not be too quick to judge here. Death at the Moon Palace is nothing new. On 6/19/09 Julia Howard left the pool area to go to her room for a hat. She never returned. She was found dead several days later. The first thing the Mexican authorities did was accuse her own children off killing her for her life insurance! Also, on 5/12/07 Jeff Toews from Canada was found dead inside the resort. He was the victim of a brutal beating. They never found out who did that to him. Mexico is famous for corruption and cover ups. They will do whatever it takes to protect their tourism dollar. To read the detailed stories of these two victims, as well as dozens of other tragic Mexico vacation death stories go to: http://www.mexicovacationawareness.com