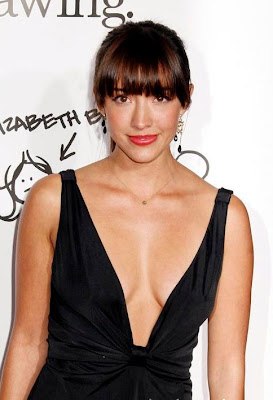 "This actor should have realized that posing as a bride for immigration purposes could land her a role in a real-life crime drama," said the clever Special Agent in Charge for the ICE Office of Investigations in Los Angeles, Miguel Unzueta.

Romero and Ross face five-year federal prison terms and the promising acting career of Romero has been forever destroyed. Is this action seems so extreme considering that nothing of consequence ever happens to millions of people that invade our country and suck up taxpayer money. Romero was clearly self-reliant and took nothing from taxpayers.

Bail for Ross is already set at $25,000.00 and he’s expected to be released soon pending trial. Romero is destined for some serious heartbreak and misery since the U.S. Attorney is asking that she be held in detention without bail until trial.

I have to say there is a movie to be made about this tale of deceit, despair and doom. Who will play Romero in the film?

An update: This afternoon, the US Magistrate set bail at $50,000.00 for Romero with electronic monitoring. No, that new government provided ankle bracelet won’t be one of those sexy little gold ones from Beverly Hills. In any event that sure beats being locked up and fed gruel until the case is resolved in court

Read the ICE agent’s Affidavit for the arrest warrants here:

1) Could she be fraudulently married to me? I'd try to minimize the fraudulent aspects.


2) I hope her ex boyfriend never gets laid again. Never.


3) always found the concept of fraudulent marriage pretty strange. I mean -- it's either binding, or not. If she were to marry someone else, she'd be guilty of bigamy, and in no position to argue "I wasn't REALLY married."

Perhaps Andie McDowell and Gerard Depardieu? And to keep the lawsuits to a minimum, move the action to New York City and change his nationality to French.

If she had actually schtupped the allegedly fraudulent husband could it be argued that they were living apart out of the same incompatibility that caused the breakup with her former boyfriend, the sudden friend of ICE?
I think anyone who marries someone who gets a greencard as a result of the marriage and winds up living separately as a result of marital discord runs the same risk she does.

Why don't more of my criminal defense clients look like this lady? What if I offer to marry her for real? I guess she'd have to be divorced now first! :)

She gets no special treatment from me.

Looks can not fool me.

Yes she broke the law, but the ex Markus Klinko who ratted her out because he was angry at her over how the relationship ended omg--can we say fatal attraction (LMAO). If I did what he did, ruining 2 peoples lives (e.g.the actress and the pizza delivery guy), I don't know how I would live with myself.