Are Americans Are Too Disobedient And Well Armed For Absolute Socialist Power? 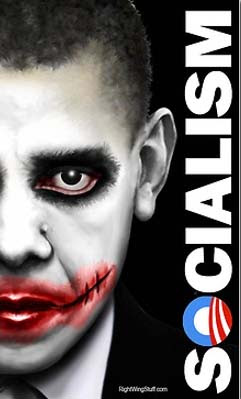 Washington, DC—As the Marxists within the Barack Obama administration plan on their new Socialist state they are running into huge problems they never anticipated. These Bolsheviks are working with the same tactics used to control Russia, China and so many other countries. The National Socialists took power in Germany with relative ease. Those plans won’t work here.

In the past the inhabitants of those converted Socialist countries were an obedient lot that viewed resistance against government authority to be morally wrong. Of course we have that element here too but it’s just not the same.

Unlike the countries that submitted to the Socialists, America has a strong history of government dissent. Americans openly defy whatever the government of the day tries to dictate. There is just one additional huge difference and that’s the nearly 300 million firearms in the hands of its citizens.

For over a year Americans have bought up every single round of ammunition available. Then there are those that are capable that manufacture their own ammunition using readily available and inexpensive equipment. These proud Americans are the ones in charge of the Socialist Welcoming Committee.

Logistically, fighting armed Americans is an impossible task. The most heavily armed are spread out over vast areas of land. Getting control of the large cities won’t be a cake walk but they can be beaten into submission.

Thy pacification of the vast land that is the United States by Socialists would require military assets that just don’t exist.

Socialists first try a revolution of ideology, empty promises and words. When that fails the Red Bastards always use guns. That political terrorism always works against the unarmed and helpless but can only fail against armed freedom loving Americans.

One only needs to look at those political maps to see the confined and heavily populated places that contain people that supported the Leftists. Then look at the vast areas of land that contain the people we can count on to resist. Next you have to see just who has the most stable food and water supply and it is not the entitlement addicted Leftist big city dwellers.

The American landscape is loaded with millions well-trained and armed combat veterans that will do whatever necessary for our way of life, mom and apple pie. Local law enforcement officers will never take orders from Socialists that control Washington, DC.

With the likes of the Obama Cabinet and parallel Czar Cabinet that would be waging their revolution have a vast lack of anyone with military skills.

Paul, I hope you're right. But recall the reaction to the assaults at Ruby Ridge and Waco. Sure, there were some people who stood near by and shouted at the government thugs. But no one actually defended the victims. And I thought I recalled participation by the local cops in these assaults.

So what would be different next time? What would actually persuade your neighbors to take up arms when the government took you away?

Again, Paul, I hope you're right. But I just don't see too many people actually risking their convenience for the sake of freedom.

Historically, we are repeating the years of 1855-1860, where the federal government imposed laws that states rebelled against. In the past year, many states have re-asserted state's rights. And as the Social Democrat agenda progresses, expect more states to follow. The only difference will be that they will not be geographically clustered (as in the South in 1860.)

In 1855 most people thought the idea of a civil war was outrageous. By 1859 they were saying it was inevitable, and in 1860 it started. We are seeing the exact same things happen today.

People who will not learn from history are doomed to repeat it.

However your belief that "Local law enforcement officers will never take orders from Socialists that control Washington, DC" is not going to happen.

Local LE will not support this. They will surely use deadly force.

I know cops who wouldn't take a stand for simpler things in fear of getting a bad performance evaluation.

When I was taking about state and local police I was not talking abot the large Bolshevik run cities.

There we can only count on a few old times to do the right thing. The rest will be drinking Obama's Kool-Aid.

I would like to hope that the 14 million firearms and 6 billion rounds of ammo sold in 2009 were not just for collecting.

No Paul, you're wrong, buddy. All bravado aside, jbt's will take pleasure in picking Americans off like ducks in a barrel. The "knowing" old timers and "Oath Keepers" will be bumped off first. The new, brainwashed breed of leo..the ones like the CHP after Katrina that bashed the little old lady in the head for holding a rusty .38 cal..the ones that stole private arms and since the hurricane have not once, but REPEATEDLY PROVEN they have no problem hitting non violent persons with sound cannons, batons, mace, etc., will kill with glee.

When the globalist's move, I suspect DHS will cut the power and water, then methodically go house to house at their leisure.

Shame on us for not taking out the politicians and corporate whores way back when the very first factory in American was moved to China. For our apathy, we will now all die at the hands of government. Those of us fleeing to the forests may live at best, a few years longer.

Ironically, one mission could turn this around in a flash. Evidently, however, all those capable of carrying such out are on the payroll of the world government satanists.