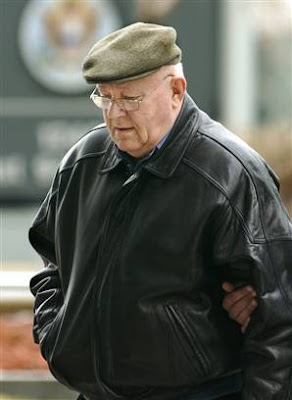 Munich, Germany—After months of prosecuting, John Demjanjuk who stands accused of being a Sobibor death camp guard there’s little to show for the effort. So far no living witness has been produced to place the retired Cleveland auto worker at the camp.

Witnesses have testified that Ukrainians like Demjanjuk were forced to serve the Nazi’s under the threat of execution if they refused. That’s hardly evidence that Demjanjuk had done anything wrong at all.

The “smoking gun” evidence is an identity card. Another identity card produced by agents of the U.S. Office of Special Investigations seemed to show that Demjanjuk was the notorious, Ivan the Terrible at yet another camp. That card was later proven to be a total forgery during Demjanjuk’s appeal from an Israeli death sentence. Demjanjuk was cleared of that allegation. 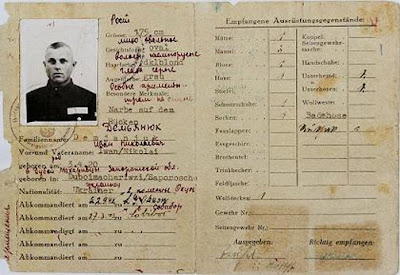 Demjanjuk is accused of being an accessory to the murders of nearly 28,000 people confined at Sobibor.

Now prosecutors say that they can’t wrap up their case until mid September. Demjanjuk, 89 has been appearing in court from a hospital bed because the elderly defendant is very weak and ill.

In the end I don’t expect prosecutors will be able to produce enough evidence to sustain a conviction.

I’d like nothing better than to cover and report on this trial in person or be aiding the defense team. It would be a great way to spend my summer.
Posted by Paul Huebl Crimefile News at 4/04/2010 10:04:00 AM

That my relatives have lied to me about the only Jews they saw dying were those afflicted by typhus and of course poor nutrition and sanitation due to Germany getting bombed into oblivion, makes no sense. Hitler was out of his mind addicted to amphetamines and a drooling, incoherent shell of the great orator of his heyday and we are to believe that a well oiled German purification agenda would have sparred EVEN ONE Yiddish soul had their intent been to exterminate the hated tribe of chiselers and megalomaniacs?

Happy Easter all. Or have the Jews disposed of the Christian holiday in America? (I notice no festival at the Hollywood Bowl this year, yet Obama held a Seder at the WH.)
All Glory to Jesus Christ!

This story is not about Jews, Christians or Gypsies, it’s about evidence against an old man at death’s door.

What the National Socialist killing machine did was reprehensible, despicable and just plain evil. The hardest hit, were the Germans themselves because of deranged madman.

The slaughter of six million German resisters, Jews, homosexuals, Gypsies and Communists the Nazis was dwarfed by what Stalin and Hideki Tōjō did to any and everyone in their way.

Despots always lead nations into darkness and despair after promising their people Hope and Change.