I Have Another Great Film for My Visitors. 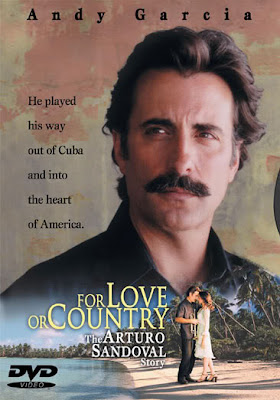 Los Angeles, CA—We are at a crossroads today in America. Do we take the path of Barack Obama to Marxism or stay on the course to freedom? I can’t understand why so much of our population is in denial about Obama’s Marxist infatuation. Obama is a Marxist, his friends are Marxist and everything he stands for is also Marxist. The direction he’s pushing us is most definitely Marxist.

In the late 1950's Cuba’s corrupt government was overthrown by Fidel Castro who was even worse than the deposed leader, Fulgencio Batista. Castro went into the socialist purge mode killing thousands that did not agree with Communism. The repression of every kind of thought including music was there to stay.

A young trumpet player and disciple of American jazz great, Dizzy Gillespie wanted more than that Socialist utopia would give him. The young musician wanted freedom to play the music he longed to play.

Defectors from Cuba face more than imprisonment if they flee. Their friends and families are punished by the government.

The film is from HBO and it’s called, For Love or Country, The Arturo Sandoval Story. It was made in 2000 and stars Andy Garcia, Mía Maestro and Gloria Estefan.

This great film reveals the evil of Communism but it’s also a top notch love story.

This amazing and true story is beyond inspiring. It will make Americans love the freedom and liberty we are losing so much more.

The acting and music is superb. It’s a great film and if you seen it before you will want to see it again. If you’ve not seen it, you’re in for a treat.

You will have to get it from Amazon.com or Netflix.

Here’s a trailer for you:

Get all the facts on our Marxist President

There is also one big reason to watch this movie:

Does any man need more of a reason to watch a movie?

I still love this babe!

Andy Garcia is a great actor and I'll
watch the movie just for that reason. Besides, he's one of the few actors that came out and call che guevara what he is: a mass murderer.
I believe A.G. is Cuban/American...