Lame Media Once Had A Captive Audience—Game Over 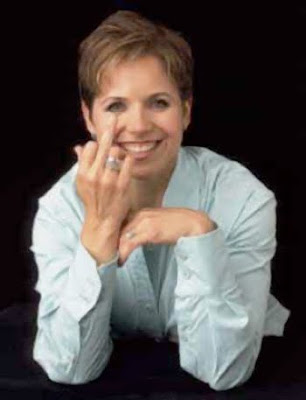 Washington, DC—If you didn’t have giant presses and used ink by the barrel or you did not have a broadcaster’s license and millions of dollars in equipment you could not be a legitimate press organization and influence public policy.

Specialized journalism schools to created to mold skilled news gatherers but along the way the all important Leftist indoctrination crept into to curriculum. Professors have cult leader power of young minds and that control was never wasted.

The powerful special interest folks needing to influence and shape public policy bought nearly all the news broadcast and print operations and managed to give them nearly a single unified Leftist voice. They were the keepers of political correctness and for advertisers they were the only place to reach the masses. Their power and arrogance was something to behold.

The Internet came and that all changed as both news consumers and independent journalists could write, report and consume news without the Leftist filter of editorial boards. Inexpensive computers, video cameras, and editing software changed the game forever. Raw news leaked everywhere. The ironclad hold by the broadcast networks and newspaper publishers is all but over.

Why would anyone want news delivered through the mainstream filter when you can have it raw? The captive audience is thankfully a thing of the past.

The Pew Research Center's Project for Excellence in Journalism just completed and published a survey of the formerly top dog news executives. It is a death knell for the mainstream media. Nearly half fully expect to fold before this decade ends. Many see it coming a lot sooner unless of course they can invent a way to recapture their audience and advertisers.

The mainstream media is so locked into their liberal unified slant when FOX NEWS offered an alternative view it stunned them. FOX has gobbled up a huge percentage of the market share. Instead of recognizing the thirst for anything but thy same old Leftist pabulum the mainstream refused to change their ways and compete in a free market. Of course they’ve never had to do that before and have little in the way of necessary skills to accomplish that.

Unless we give up free speech in America there will never be another lock on news and information again. As I say that they are staying awake at night trying to figure ways of controlling the Internet and muzzling bloggers.

You are absolutely right Paul. Consider just one blogger, Richard North. The official media would not touch the 'climategate' story, for example, despite the simply colossal sums due to be wasted on measures to combat so-called 'climate change'.

The internet has proven to be a phenomenally successful tool for holding the feet of the Socialist Liberal Elite to the fire and long may it remain so.

With the recent court ruling that the FCC has no authority to regulate the Internet, the issue of Internet neutrality again comes to the forefront. There are presently no laws to protect the consumer from their Internet Service Provider (ISP) filtering or otherwise manipulating the service they receive. Add to that the fact that there are only a few major companies providing the majority of service in this country and you have a recipe for Internet censorship.

The court ruling that removed the FCC from the equation is actually a good thing because it bars them from making arbitrary administrative regulations to satisfy a political agenda. What we need is effective laws to safeguard the medium and a Congress capable of enacting them. The present Congress is under no circumstances to be trusted and if they act we can be assured that whatever they do will not reflect our nations principals of liberty and free speech.