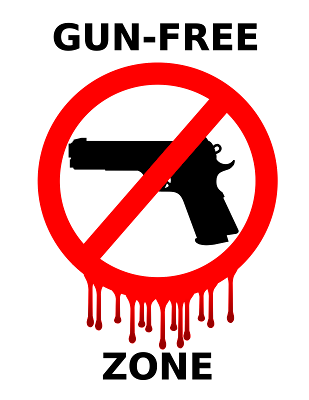 Chicago, IL—Chicago’s police superintendent, Jody Weis blames a “code of silence” and a lack of gun laws for the spike in cold blooded murder. Wasn’t the City of Chicago declared a Gun Free Zone three decades ago?

Weis said that even the dying victims of shooting refuse to reveal the names of their killers. He complained that the lack cooperation by the community was the reason the shootings go unsolved. Weis devoted much of the nearly half-hour press conference to complaining that there are not enough gun bans and promised another lobbying effort in Springfield to end what few gun rights citizens have in Illinois.

Is Weis so stupid that he can’t figure out that the community knows that they can’t be protected by an undermanned, underpaid and poorly equipped police department?

Is Weis so stupid that he can’t figure out that law-abiding and forcibly unarmed citizens would be crazy to cooperate with police? Clearly you have a community where people are forbidden to protect themselves and the police are unable to protect them.

Is Weis so stupid that he does not realize that the cops working in the trenches want to see thugs stopped by trained and armed citizens that are willing to protect themselves, their families and businesses?

Is Weis so stupid he does not know that gun bans have never reduced gun crime, but in fact increases it?

Is Weis so stupid that he can’t understand that guns in the hands of the law-abiding save lives?

Weis actually said that without guns people can’t murder. Weis needs to pay a visit to the medical examiner who can explain how thousands have died over the years from fists, feet, rocks, sticks and knives. Of course there is plenty of strangulation, arson, bombing and using motor vehicles as deadly weapons.

This is a case where Chicago’s politicians and bureaucrats are so incredibly out of touch with reality. There is no hope under this corrupt and incompetent administration for this once great and relatively safe city to survive.

I have two videos. The first one shows surveillance video of a shotgun wielding thug robbing a Chicago dry cleaner and terrorizing the people behind the counter.

The second is the afternoon press conference given by Jody Weis. Noticeably missing was a single question about his running away from that in progress shooting/homicide two weeks ago. I guess Chicago’s reporters are too afraid of being cut off from police information to dare ask anything embarrassing.

If guns were totally banned, they'd use knives. If knives were banned, they'd use bats. If no bats, they'd use rocks.
If someone wants to kill, they'll find a way.
And, of course, the law abiding citizen will be the victim, as criminals never obey the law anyway. Jody Weis needs to get a plumber to roto-rooter his head out of his rear end. Gun control is a complete failure as a crime deterrent, where ever it has been tried. But try to tell a marxist that.

I'd rather pay a lawyer to defend me on a weapons charge than pay a funeral director to bury a family member.

YES ! Weis is that stupid !

In Illinois it is unlawful to carry a firearm or anything that even remotly resembles a weapon on your person in any urban area and it has been for decades. This issue isn’t that don’t have enough laws, the issue is that the present laws are ignored by the criminal element and why should they respect them when the courts will only slap them on the wrists and we have a Governor that releases them only days after imprisonment.

Why should ghetto dwellers identify their attackers to the police, they will only have to face them again on the street shortly later to suffer their retribution. They probably count themselves lucky to have escaped with their lives as it is.

The blood of every child murdered on the streets of Chicago is on the hands of Gov. Quinn and the criminal court judges of Crook County.

Weis is a clown and a coward. It would be more appropriate if he dressed like Bozo the Clown then a police officer.

Actually the law in Illinois is illegal and in violation of the Second Amendment.The Constitution is the law of the land last I checked.

Any officer enforcing these laws should not call themselves a cop.

We have an Army of 300+ million,who should be in the drivers seat.