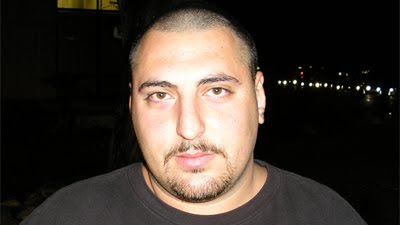 Valley Village, CA—Six men were shot and four of them have died at a shooting on April 3 at the Hot Spot Café. The men killed were identified by police as, Harut Baburyan, 28, Sarkis Karadjian, 26, Vardan Tofalyan, 31, and Hayk Yegnanyan, 25.

Now the LAPD has named their suspect as Nerses Arthur Galstyan, 28 who is also wanted along with others by the BATFE for charges of selling three firearms without a license to a paid informant.

Rumors have circulated that the shooting may be part of a dispute among Armenian gang members. Police are also looking for a connection between this shooting and the unsolved Hollywood murder of Karyn Safaryan at the apartment building where she lived.

Neighbors have describe the Hot Spot Cafe as a meeting place for shady men and hostile to potential customers who were turned away.

Police and prosecutors also disclosed that Baburyan, one of the victims, was a career criminal. He had served various prison terms for attempted auto fraud, possession of stolen property and illegal possession of a semi-automatic firearm.

Police say that Galstyan is believed to be armed and dangerous.