Who Will be the New Mayor of Chicago? 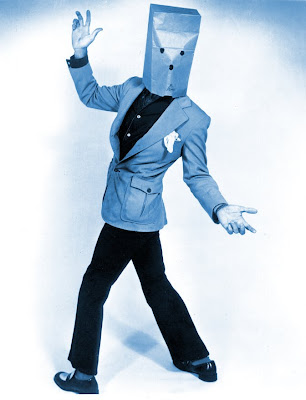 The majority of Chicago’s voters are the most ignorant found anywhere. The schools here have been reduced to kindergarten style daycare centers. Too many of the high school graduates can’t even read the words on their diplomas. There are productive people here of every race but they’re the minority and can’t carry the weight of the thieves and slackers.

African-Americans in Chicago for the most part are addicted to entitlements, drugs or both. They will sell their votes for impossible and empty promises of more handouts. They could care less about new jobs as they demand larger balances on their government provided Link cards.

African-Americans need to learn the sad truth, that the Leftists are worse than the Southern slave traders of long ago.

What Chicago really needs is a new pro-business attitude that will lure business and taxpayers to return. This will be an impossible uphill climb since Chicago’s expatriates will be skeptical about sincerity.

Daley’s Mad Dog hatred of gun rights has transformed the city into a mugger’s paradise. Self-defense rights need to be returned to Chiagoans both inside and outside their homes.

The police department needs to be turned around, eliminating hiring and promotion based on dubious political sponsors rather than qualifications. They must have additional manpower and heavier weapons. The cops and law-abiding citizens need to work together in order to take the streets away from the Hood Rats.

I feel that Chicago is a sinking ship destined to dissolve its charter and file Bankruptcy. The politicians here are world class tax revenue thieves and whores.

There can be no real hope for this city without a massive change in the local culture. Socialism has been a massive failure here
Posted by Paul Huebl Crimefile News at 9/07/2010 01:21:00 PM

Paul, let me be the first to say You are right on with this. Now the hard part, what do we do to change it ? I hope your answer involves blood. I want revenge

Paul, I GUARANTEE you that they are going to try and shove this Rahm Emmanuel down our throats. And the sheep here will probably go along with it and vote for him.

Was Eddie V convivted of a felony?

While i am all for lifting of gun bans and citizens taking responsibility for their own self defense i disagree with you apocalyptic view of the city of chicago and i personally believe that education is the only answer. I dont know what chicago you live in but in the chicago i live in their are drugs and crime in every poor neighborhood regardless of the racial makeup. The streets of chicago are not as dangerous as you would have your readers believe.