A Prediction, Gold Sale and Possession Will Be Banned Once Again in the USA 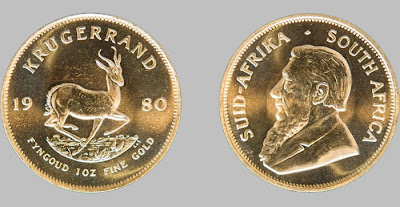 Washington, DC—A wild card for the banking industry is the competition with gold in addition to land and of course the stock market for our investments. The Obama Administrations hates anything being traded as currency beyond the dwindling and over-produced American paper dollar.

Taking a cue from Franklin Roosevelt’s Administration, Obama can be counted upon to destroy the gold investments predominantly made by politically Conservative investors with a ban.

The Liberals are quick to point out that it’s nearly impossible to collect any income tax on the earning’s of gold as people sell or barter gold among themselves.

The government will create an artificial low currency price for gold and demand that all bullion privately owned be turned into the government. Remember when government dictated that gold was only worth $35.00 per ounce?

Can silver be far behind this time?

Roosevelt and Obama both share a love for Marxism. Roosevelt got us half the way and Obama wants to finish the job.