Surreptitious Recording of Conversations in Illinois and the Law 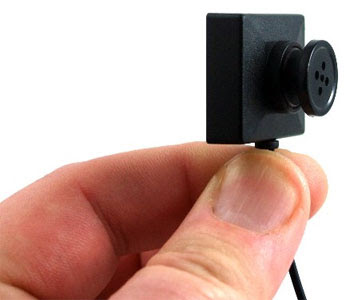 Chicago, IL—Illinois has had a criminal law on the books for many decades that bars the recording of any conversation public or private unless all parties to the conversation give their consent.

The statute itself has never been changed, despite the reality that the law was all but gutted in a 1990 decision by the Illinois Appellate Court in, Illinois vs. Jansen. Jansen is still the law of Illinois today.

The current state of affairs is that most people are unaware of their rights under Jansen. The court ruled that the use of a recorder is merely enhanced note taking when the recorder, is not a government agent.

That means that any and all video or audio recording accomplished in a public place within your earshot by private citizens is legal. That also means recording telephone conversations is also legal as long as they are conversations you’re participating in.

Since 1990 at least in Illinois you should smile, because you could be on Candid Camera!

This does not cover potential civil remedies that may exist should the recording be used in a way intended to cause harm or unnecessary embarrassment. Civil remedies are generally not available for people recorded making threats, harassing or engaging in fraudulent or other criminal activities. You may have a rather nasty civil problem when you sell that sex tape you avoided telling your girlfriend you shot on the sly.

Audio and video recordings take the guess work accuracy of testimony taken in courts. Should a witness testify to something inconsistent to a video or audio recording efforts will be made to admit the recordings to impeach and expose the deception.

The difficult part of this ruling is that it does not cover police recording civilians! Cops can be still be charged if they are doing it in their official capacity.

But check out this case: People v. Nestrock, 735 NE 2d 1101 - Ill: Appellate Court, 2nd Dist. 2000, which cites a 1994 amendment to the eavesdropping statute which in effect overrules Jansen and Beardsley.

However, by adding the definition of "conversation" to the statute in 1994, the Illinois legislature "extended the coverage of the eavesdropping statute to all conversations, regardless of whether they were intended to be private" (People v. Siwek, 284 Ill.App.3d 7, 14, 219 Ill.Dec. 444, 671 N.E.2d 358 (1996)). See also In re Marriage of Almquist, 299 Ill.App.3d 732, 736-37, 234 Ill.Dec. 910, 704 N.E.2d 68 (1998) (holding that the amended statute "prohibits the recording of any conversation without the consent of all parties regardless of any party's expectation of privacy"). The amended statute was in effect at all times relevant to the present case. Based on the plain language of the statute and the fact that the conversation was recorded without defendant's consent, we cannot ignore the trial court's grave error of law in admitting the tape recording.

A "street artist" in Illinois was arrested and charged with felony eavesdropping for videotaping his own arrest in 2009. It's still winding it's way through the courts. Here's his blog: http://www.c-drew.com/blog

I'll definitely share this article, thank you very much.