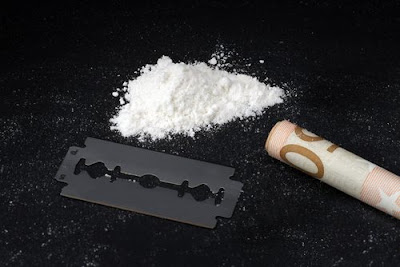 With the ill-conceived and ill-advised Failed Drug War came the Nanny Jobs Program for the drug rehabilitation industry. Drug abuse treatment is big business and politicians made lots of campaign contributors, millionaires by creating the system of forced drug rehabilitation centers.

The treatment industry’s payroll is huge and their success is limited to making obscene profits. It’s a huge scam that’s been ripping off taxpayers for nearly 40 years.

Substance abusers can be helped but that help is limited to the addicted that seek treatment on their own. From time to time windows open and the addicted voluntarily desire to kick the habit. These windows are precisely the only moment that rehabilitation programs do anything at all.

Forced treatment is strictly a tool that addicts employ to lessen jail or prison time. The addicted prisoners must pretend to be helped or lose their liberty for longer periods. Everyone plays along with the scam.

The politicians behind the Nanny State Concept want everyone in some kind of taxpayer funded treatment. This is all about ignorance or simple fraud.

I have no objection to taxpayer funded treatment but it must be limited to voluntary application. Drug addicts are in far more danger posed by the Drug War than suffering an overdose. The claim that the government is somehow saving lives is pure BS.

The Drug War should end along with the forced drug treatment scam.

Over the last 40 years every time an addict sought help from me, I worked the phones for them. I tried to find treatment covered by health insurance policies or paid for by government. The answer was always the same. The patient must be arrested and sent there by the courts unless he is very rich. Please, someone explain to me how that’s good government policy.

The drug treatment industry likes things exactly the way they are. Politicians take their advice because they are the “experts”. I guess nobody ever considered the obvious and glaring conflict of interest.
Posted by Paul Huebl Crimefile News at 9/25/2010 07:44:00 PM

"I guess nobody ever considered the obvious and glaring conflict of interest.'


there is no conflict of interest here.

the politicians interest is getting their kickbacks, aka campaign contributions, and the contracted industry's interest is lucrative contracts.

the consumers' are mere cogs in this money skimming machine.

the taxpayers supply the fuel which powers said machine.

apply this template to practically every government program.

when the shoe fits, we, the taxpayers, pay for it and get stepped on by those wearing the shoe.