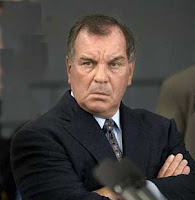 I was born and raised in Chicago. Your father was an honorable and good Mayor that deserved my vote. Unfortunately, unlike your father you have miserably failed.

Your father was a fiscal conservative that spent taxpayer money wisely. He cared about the citizens above all. Being a cop under your father was an honor if for no other reason he showed real concern for their welfare and safety.

Your father was no fan of gun rights but he took no steps to leave Chicagoans defenseless through gun bans. He brought free but unneeded gun registration and promised everyone it would not infringe further.

You have turned over the streets to armed criminals. That’s because you left the law-abiding defenseless by violating their Civil Rights to protect themselves under the Second Amendment.

Cops always used department provided ammunition to qualify on a firing range four times per year. If they had to shoot extra ammunition to qualify that was also provided.
Now you have police qualifying only once per year with a measly 30 rounds. That endangers the police and public. Additionally it creates liability issues potentially costing many millions of dollars.

Shoulder fired weapons are both easier to shoot and substantially more powerful. Under your leadership only the street thugs have these and but for few exceptions the police are miserably outgunned as a result.

By comparison, every police car in the state of California has both an M-4 carbine and a repeating .12 gage shotgun.

Under your father’s leadership there as many as 14,100 cops protecting the city. Today, even with the cooked manpower books there are substantially fewer.

Under your father’s direction all Chicago cops were bright, large and strong men. That changed with affirmative action and as intelligence testing was altogether eliminated. Instead dumber, weaker and much smaller cops were put in the trenches and that has impressed nobody especially dangerous criminals.

Under your woefully unqualified Superintendent more cops have been ambushed, killed or maimed despite wearing modern body armor. Your superintendent may have worked for the FBI but he never once patrolled the streets of a large city enforcing laws. In fairness, no police superintendent can keep a lid on violence under the Daley/Burke administration.

You have traded public safety for frivolous projects that Chicagoans did not want or need to feed you campaign contributors hundreds of millions of precious tax dollars. That, as you have turned taxation into an extortion program, that has chased vital business and productivity away.

As a direct result of your mismanagement and disastrous leadership the City of Chicago is so badly broken, the needed repairs will take many years.

Last night two more cops were gunned down and the body count keeps climbing. Instead of well armed and trained police you rely on cameras, computers and now summit meetings with dangerous criminals.

Law abiding Chicagoans must be allowed to protect themselves with firearms when they are outside of the safety and comfort of their own homes. Right now only well-armed criminals and marginally armed cops have any firearms at all.

The voters of Chicago need leaders that can enable employers and tourists to return to Chicago.

Mr. Mayor you need to walk away from City Hall and not look back. The city needs real leadership like your father once provided.

Great article Paul. Regarding training and qualifying: Weis lowered the ammunition budget from $800,000 to $300,000. During the last couple years POs would be allocated 100 rounds per year to train with. With the lower budget, the ranges are in short supply. And effective earlier this year, the department no longer supplies us with the extra training rounds. So unless you go out and spend $30 per box (.45cal) for training ammo, you're only going to shoot 30 rounds per year for the qualification. Just another small example of how little this Supe, and this Mayor think of the rank and file police officers.