An Anniversary of Infamy 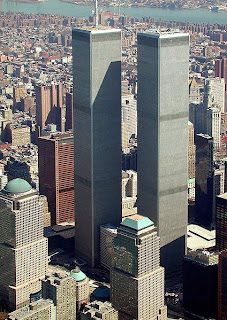 Nine years ago today nearly 3,000 people were murdered and untold vast damages were suffered by hardworking and taxpaying Americans.

The result of the 9/11 attack instigated two separate Mideast wars that have cost us even more. Instead of burning Iraq and Afghanistan of the face off our earth we chose to do the impossible, separating the bad Muslims from the good. That will never work except to destroy the lives of American children we send to fight.

Hate is the byproduct of this entire conflict. Whether fueled by a twisted religion or cultural differences hate is our biggest enemy.

Unfortunately hate is bigger than all of us and the carnage will simply continue until every last human is dead.

We have no choice but to protect ourselves, our freedom and our families. We have allowed our own politicians to trade our own precious liberty and freedom for the vague promise of security. Today, we have neither freedom nor security. That is just as evil as any act committed by fanatical Muslims. The thieves of our freedom inside and outside of our country must be stopped cold.
Posted by Paul Huebl Crimefile News at 9/11/2010 06:51:00 AM