One Way Politicians Dangerously Divide our Cops from Citizens 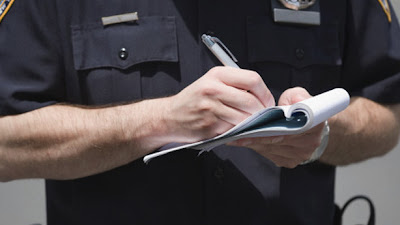 Chicago, IL—At the worst possible time in our economy the traffic fines here have nearly doubled. This is not about safety, but revenue for out-of-control spending by local government.

Police here are forced to strong-arm motorists for petty and harmless violations. Even those robot cameras out there have the face of the local cop who will eventually become involved in those prosecutions.

It’s only the street cop, not the politicians that are seen as the villain taking the food out of suffering family’s mouths. Not only does the government commit extortion but the automobile insurance companies jump on the bandwagon to boost their profits. Of course it’s that cop who is deemed responsible for the infliction of the misery.

Traffic enforcement for revenue rather than safety is a vile practice that will guarantee to sabotage any trust or respect citizens have for police. When citizens lose respect for police they also lose respect for the law and the result is a society where criminal activity is acceptable. The, us or them mentality between cops and citizens creates dangerous conditions that only foster the breakdown of law and order.

Politicians cannot be allowed to paint a target on every policeman’s butt. The cops themselves must resist being involved in the extortion.

In a city such as Chicago there is already a nasty divide between citizens and police. What is government doing to heal this rift?

Go ahead and argue it’s the traffic violator that created his problems. There are many millions of decent people that are forced to drive endlessly on our streets just to make a living. Those are generally low paid jobs where efficiency and speed determine whether the rent is paid. Let’s just take these folks out of the productive workforce and put them on welfare through the traffic extortion concept.

I lost all respect for Cook County Sheriff's Police write me a ticket for no seatbelt on my way to work early in the morning making me late to an important business meeting and top it off now I have to go to traffic school or my insurance will go up THANK YOU.

dont write them period. you have the union. if all band together whats daleys recourse

Unfortunately,traffic enfarcement is not done intelligently today.Todays officer knows his/her job is based on a ticket quota.If you want to keep your job,you must write at least the minimum.

I lost all respect for Cook County Sheriff's Police write me a ticket for no seatbelt on my way to work early in the morning making me late to an important business meeting and top it off now I have to go to traffic school or my insurance will go up THANK YOU.

Anyone who does not wear a seatbelt while driving is a total moron. I should not be a traffic offense, however anyone injured in an accident caught not wearing a seatbelt should not be able to collect civil damages for suffered injuries attributed to other drivers when involved in accidents.


Sure,and the govt should also tell me when to clean my room and when to go to bed too.

Wearing a seatbelt is good idea,but it should not be an offense.


Sure,and the govt should also tell me when to clean my room and when to go to bed too.

Wearing a seatbelt is good idea,but it should not be an offense.

I'm the original poster and I agree with you that not wearing it should be not be an offense. Perhaps I did not make myself clear in my original comment. However it is a good idea and you should wear it to protect yourself. And I agree with Paul, if you are not wearing it and get into an accident you should not be able to sue for injuries suffered in the accident. Don't let sticking your nose at laws you don't agree with compromise your safety.

Seatbelt enforcement is simply another intrusion into our lives by the government, something they have no business doing. In addition it is obviously a money maker by the state, the real reason for it being made law in the first place. I agree with the idea that only an idiot would not wear one but it should be an indiviuals choice, not the governments.


To the OP. I'm sorry that you received a ticket. That is assuming that you treated the Officer politely and did not abuse him even though he abused you by this nonsense of enforcing a stupid law like this one. Some officrs can't see the forest because of the tree's. They don't understand that nothing creates a barrier between law abiding,tax paying middleclass citizens than nonsense like this. They are robots who are told how and what to think. There is no gray area with them. They think traffic enforcement is the endall,cureall to what's ailing society today. We are not all like the guy that wrote you. Some of us do have an ability to use our noggins. Sorry.

Dont blame the Sheriffs Deputy for doing their job, Bitch. If you don't like it, call your local Politicians, who signed off on the Law. Take it out on them.