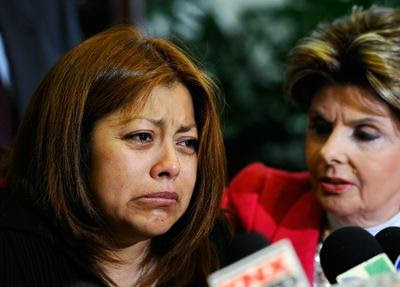 Los Angeles, CA—Meg Whitman is a billionaire who has so far spent around $120 million to buy the office of Governor. Whitman had not voted in nearly three decades before her new political career. Whitman’s gubernatorial run is fueled on pure narcissism.

Whitman knows well the power of persuading simple minds though massive advertising. Whitman has placed her name and face everywhere so no voter could escape from it. Of course there are Whitman’s typical sky-high and impossible political promises relentlessly hammering the airwaves.

Whitman is a big-government loving, gun rights hating Liberal running as a Republican. Whitman is just another typical RINO pretender in a state where Marxism reigns supreme.

Whitman’s non-stop campaign commercials and ads have done wonders for the revenue coffers of every form of media in California.

Her political opponent, former Governor Jerry Brown is a known quantity. Yep Brown is a radical Liberal but has a saving grace in that he has never been an enemy of gun rights. Unlike Whitman, you don’t have to guess where Brown stands.

Whoever wins the Governor’s race, it won’t be the taxpayers.

In an 11th hour surprise Whitman got cross-ways with her $23.00 an hour house keeper and nanny. Whitman canned the woman because she was a certain liability to her campaign being an illegal alien.

Whitman should have sent to woman back to Mexico with a few million dollars in a trust to insure silence. Whitman was just not thinking. We can now watch Whitman get publicly humiliated as she loses the biggest gamble I’ve seen anyone make in a long time.

Whitman broke the law by hiring an illegal alien. It’s always cheaper to hire illegal aliens than lawful residents or American citizens, that’s until you get caught. Whitman has now been caught.

The Supreme Sleazy California Bottom Feeder, Gloria Allred signed on Whitman’s criminal alien housekeeper of nine years as a client. The primary claim is that Whitman knowingly employed the trespasser.

Today at Allred’s news conference, she sensationally alleged that the housekeeper was "exploited, disrespected, humiliated and emotionally and financially abused" by Whitman. These claims are pure hogwash, since this Allred’s client should have simply gone back to Mexico and avoided the alleged abuse rather than staying on the Whitman payroll for nine years.

The housekeeper should be jailed immediately and deported but of course our government officials can be counted upon to simply Obstruct Justice and do noting instead. Additionally, Whitman should be charged with a crime.

Why can’t Mexico reclaim California? The other 49 states should simply agree to that provided we put up a huge border fence up first.
Posted by Paul Huebl Crimefile News at 9/29/2010 01:36:00 PM

Ceding California to Mexico would be all right with me as long as they also have to take Oregon and Washington.
Oh, and don't forget Boulder Colorado.

Good post pail. I will not vote for Meg. I expect her policies from a Dem. Moreover I can not tolerate them from the GOP. She is bad bad news. I am voting for the Constitutionalist Chelene Nightingale.

When you describe Gloria as a "California bottom feeder", please don't forget about her daughter. Proof that the apple doesn't fall far from the tree. I forget her name but she's just a newer and improved bottom feeder who is able to get her mug plastered across almost every television screen everytime some "hollywood scandal" arises in which she will ensure that "justice is served".

I hire Whites from Eastern Europe

I have a difficult time figuring which of these bitches I dislike the most.

1. The Billionaire pretend Republican that would knowingly hire an illegal alien and lie about it.

2. That nasty old skank lawyer that would exploit her own mother to death.

3. The over-paid illegal alien douchbag that stole a job from and American citizen or lawful resident alien that bit the hand that fed her.

I say lock all three of them all in the same jail cell with only water and see which will be the last woman standing. Of course I’d not let her out and cut off her water. It would be fun to watch.

Allred claim this pathetic woman his her client. Allred is working against her interest when she publicly exposed the woman’s use of a phony Social Security number and fraud to get a driver’s license.

The only person Allred is helping is Jerry Brown. Allred knows she has no viable direction for the illegal alien except to send her to Mexico so she can escape felony charges in addition to her unlawful entry.

Allred is guilty of the most egregious and outrageous exploitation of her so-called client I’ve ever seen. Allred should be disbarred for doing this.

As for Meg Whitman she has always been a control freak that ran her company with her security Gestapo in place. There can be no doubt she knew full well her domestic worker was illegal and used that as a way to have absolute control over her. God help us if Whitman gets control of California.

I guess Gloria Allred is an equal opportunity - publicity whore, plus as Crimefile says- bottom (of the pile) feeder.

Now she's found another publicity whore- who has been gingerly stripping....so as to attack a Wiener.

Must have worked - since he resigned today