Obama Is Killing His Pals! 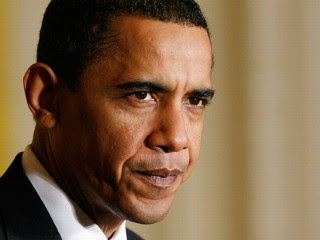 Washington, DC—As the Left Wing members of both political parties fight in the mid-term elections for their political lives, Barack Obama is pushing another $50 billion spending bill.

This kind of spending can only bring the hyper-inflation and misery that doomed the Weimar Republic and gave Adolph Hitler absolute power. The lesson of history was not wasted on Obama who was reminded by his Chief of Staff to, “Never let a good crisis go to waste.”

The very politicians that rabidly campaigned for Obama are about to pay for their indiscretion with their own political blood. They’ve been desperately trying rid of the foul smell of Obamacare and the rest of the radical Socialist agenda they supported out of their offices and off their clothing. That odor however is just too nasty to go away. They misjudged the Internet’s ability to prolong the public’s memory. Free speech is such a campaign spoiler.

That Communist traitor Barack Obama may be the greatest thing to happen in America throughout its history. People are quickly learning how quickly the can lose freedom and liberty to Socialism/Communism.

Booting the Bolsheviks out of the House and Senate could save America from a Civil War instigated that the Great Divider, Barack Obama. With Conservative control of Congress, the investigations will begin that will bring the end to Obama’s presidency and Treason.
Posted by Paul Huebl Crimefile News at 9/06/2010 08:22:00 AM

Yes, we can blame George W. Bush too. He was a poor excuse for a Republican. Bush made a mess of things and soured Conservatives away from the dysfunctional and Bolshevik infiltrated Republican Party.

Bush is gone now so perhaps the Conservative voter will come out of hiding.