Why Chicago Can’t Succeed in our Lifetime 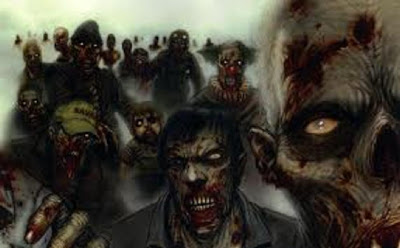 Chicago, IL—After decades of rule by the Daley/Burke Crime Families Chicago cannot recover it’s once proud character. The city and its productive taxpayers have been plundered to death by the crooked local government officials.

The vast majority the inhabitants of this city are ignorant, drug and entitlement addicted zombies. They will vote only for someone who promises more handouts. They don’t care about jobs, education, or self-reliance.

African-American voters won’t cross skin color lines for Mayoral candidates without their tribal leader’s demands. The tribal leaders are the local reverends and Aldermen. The Daley/Burke Syndicate had this down to a science. They bought off the sellout tribal leaders with perks and cash long ago.

The second large voting block is the Liberal Lakefront Liberals. These are Jewish voters with a special love for Marxists. Remember it was the Bolshevik troops that freed the Eastern Europe Nazi Concentration Camps at the end of World War Two. Additionally the Lakefront Liberals have been brainwashed by the socialist college professors and never developed minds of their own. The Lake Front Liberals will blindly vote the Socialist ticket every time.

No Mayoral candidate with an agenda for jobs, commerce, and productivity of any color will get serious consideration from the majority of voters in this Bankrupt metropolis.

Police and fire services will continue to degenerate until the entire city is a, dog eat dog jungle. The Lakefront Liberal may ultimately fill the dietary needs of South and West-side cannibals.

To change this horrible direction only dis-incorporation and a total gutting of every entitlement program could bring change. The able bodied must work or starve. Breeding for entitlements can no longer be the primary occupation of Chicago women.

Chicago has three major industries in the ghetto, entitlement breeding, drug pedaling and prostitution. Ending the Drug War will put a lot of Chicago’s criminals out of business. Prostitution should be legal while pimping should remain a crime.

Eventually in some future, lifetime education, self-reliance and civic pride will be valued and a new Chicago can emerge from the ashes.
Posted by Paul Huebl Crimefile News at 9/20/2010 10:39:00 AM

If the people elect Rahm Emanuel as mayor,chicago will become the gateway city to Obamanation. Im pretty sure its a done deal. turn out the lights when you leave.