Provocation? Burning The Koran should be a Non-Event 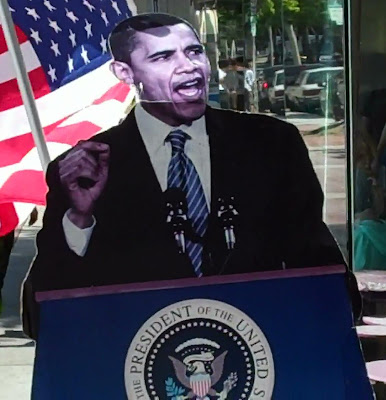 Gainesville, FL-The pastor of a 50 member church wants to exercise his First Amendment right and publicly burn a copy of the Muslim Holy Book. This silly stunt has garnered world-wide publicity and the much sought after rebuke of Barack Obama. I strongly suspect contributions to this insignificant church are skyrocketing as a result.

Muslims already are prosecuting a despicable holy war against America and I fail to see how this book-burning can possibly make things worse. The same violent and ignorant Muslim zealots will continue to use every murderous tool they have against Americans at every opportunity.

This is a classic case of that child’s saying, “Sticks and stones may break my bones but names will never hurt me.” The pastor need not have a real copy of the Koran, just a paste-up look-alike for news cameras in order to inflame crazy Muslims.

I guess nobody is smart enough to defuse this public relations bomb. The media could simply choose not cover the burning or the threats to do so. I guess that was far too simple.

Burning a book is not violence nor is it criminal. Anyone committing violence against any American exercising his absolute Constitutional right is a criminal.

Any American public official especially Barack Obama that would even respond to that pastor’s announcement to burn the Koran is deliberately throwing gasoline on to the fire. Obama has raised the importance of a small-time Christian preacher to limitless new heights and wealth.
Posted by Paul Huebl Crimefile News at 9/09/2010 08:29:00 AM

While I agree that this is a 1st amendment issue, just because someone can do something doesn't make it right. Same goes for the proposed 9/11 mosque. They have the right to build it, but it isn't the right thing to do. This publicity hungry pastor is going to get some GI's killed in Afghanistan or Iraq just to get his face on TV. We all know that the Muslims will kill people for any reason, even for drawing a cartoon. But that is no reason to incite someone just because you want your 15 minutes of fame. He's an idiot.

Somebody's been reading your blog Paul! Fox news and the AP are not covering the event now.

This is just another example of how the bias liberal media loves to paint Christens as bigoted ignorant and dangerous people. You’re totally right, this is a non-issue. If this man had burned that book in front of his 50-member flock it would be what it is, an insignificant act. We are all aware of the media’s ability to ignore real news, take the Tea Party march on Washington DC last Sept. 12th as an example. 1.5 million people rallied against our President and his socialist policies and race bating politics and the event was hardly mentioned. So why not ignore this foolishness ? Instead they have blown it insanely out of proportion.

If the liberal media reported every time an American flag was burned in an Islamic country or every time a Muslim danced in the street to celebrate the destruction of the World Trade Center every newspaper would probably be as thick as a phone book everyday.