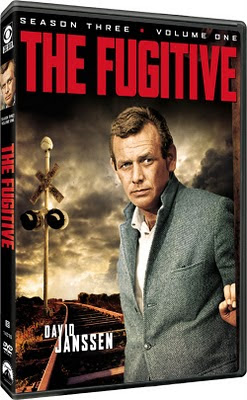 Los Angeles, CA—Most of us remember the TV series or at least the Andrew Davis film, The Fugitive. Kimball comes home to find his wife murdered, get’s arrested, tried, convicted and sent to Death Row. He was innocent because the killer was a mysterious one armed man who simply got away. In the end the one arm man is captured and Kimball goes free.

We’ve turned newsworthy crime stories into a sick form of entertainment over the last three decades. People who don’t have lives of their own want to become a part of high profile missing persons or murder cases.

There are those professional victims like John Walsh and Marc Klaas that have capitalized on the murders of their own children to become celebrities. Then there are the wannabes like Beth Hollaway Twitty looking to cash in as they seek fortune and fame. Of course there are those crime infotainment presenters like Nancy Grace and Geraldo Rivera who rush to judgment as they gleefully smear anyone under suspicion with a vengeance. We have a newer element and they are bloggers that now jointly ride the True Crime Smear Wave.

The cases ripe for infotainment exploitation all are strikingly similar. An attractive woman or child is missing or murdered. Tabloid producers rake the muck as they put their thumbs on the scales of justice. They sensationalize the cases putting cops in the limelight adding significantly to the pressure to make an arrest.

The missing and murder cases all follow the same direction. The boyfriend, husband, jilted lover of the victim is always the first person to be grilled by police. Interrogations usually yield incriminating results and mysteries are solved.

When there is no confession the audience of the crime infotainment purveyors take charge of the case. They mount a hate campaign just to be part of the action. These are the True Crime Harpies that believe they are doing something important.

They flood the Internet and call in programs with their vile and baseless opinions. What they are doing is poisoning the jury pool for whenever a suspect is charged with that crime of the week.

We fought so hard for the liberty and freedom we have left in America. I cannot understand why people can’t just let the cops and prosecutors do their jobs.

If our Bill of Rights was up for a vote tomorrow the True Crime Harpies would be working overtime to destroy every aspect of a fair trial. The Presumption of Innocence is dead in America.

I have no problem with reporting on a crime case but excuse me if I leave the issue of guilt or innocence to our juries.

Our trial system is not broken. The vast majority of people arrested plea bargain their cases. Of those who are not offered plea agreement deals and those who are innocent stand trial. Of those people actually tried over 80 percent are convicted.

Our punishment system on the other hand is broke where ever Liberals run government since street thugs are able to quickly use the revolving prison and jail doors redundantly. Liberals don't support fairness in trials, just lifelong government sponsored enabling "treatment" for thugs.
Posted by Paul Huebl Crimefile News at 9/19/2010 07:09:00 PM