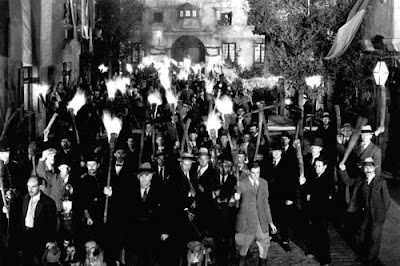 Chicago, IL--It’s happening here Wednesday and it was not supposed to be like this. Superintendent Jody "J-Fled" Weis said early on that if he did not have the support of the officers he’d leave the department. They even had a survey completed and the results were kept secret. Of course it’s no secret that the officers openly talk despairingly about Weis’ inability to fit into the department.

It is not a question of the popularity of Weis with cops, but his loyalty or lack of it to the simple mission of the Chicago Police Department. Weis has obstructed the mission in his zeal to kiss the asses of Chicago’s most corrupt politicians. Weis should be investigating and arresting those City Hall thugs instead.

Weis needs to simply walk off the job rather than pretend. Weis has dishonored the oath of office he took that supersedes the agenda of the crooks who appointed him Superintendent. Public safety and integrity must be the first priority.

Hanging a few cops for little misdeeds in the field while turning a blind eye to organized criminal behavior demonstrates nothing except his being a willing co-conspirator.

I’m in agreement with you on everything you’ve said here Paul except the very last part.

What sort of insanity is that, when a political hack earning an outrageous salary can be entitled to a pension after working only a few years while others have to labor decades and contribute thousands of dollars of their own money to those funds in order to receive one tenth the pension ? Our thug politicians in Illinois would have us believe that state and municipal pension benefits are overly generous to the people who work decades to earn them while the real culprits bankrupting those funds are individuals like Jody Wise and others like him who are allowed to dip their hands into those funds and yank out fists full of money.

Weis deserves less then nothing and if the Chicago Police Pension Board rewards his incompetence with a lifetime pension they should all be jailed themselves.

If I may speak for Paul, I think Paul was referring to Jody Weis' FBI Federal Pension and not a pension from the CPD.

Basically saying... please leave Chicago Jody and go enjoy your retirement... some place that you are actually wanted.

Hope I summed you up correctly Paul.

Shaved beat me in responding to that pension remark. It was his over-bloated Federal pension I was talking about. :)