Watching the Death of a Treasonous Presidency 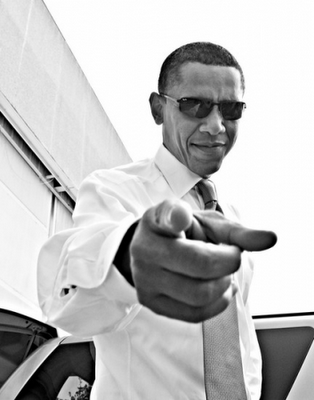 Washington, DC—Less than two years into his term, Barack Obama has staffers jumping ship at an alarming rate. The latest leaving is none other Obama’s campaign architect and Propaganda Minister, David Axlerod.

Insiders like Axlerod know just how toxic the Obamas really are. They know too many of the secrets that will ultimately disgrace and destroy this administration and they want to be far away when it happens.

This is the period of quiet, before the storm of the midterm elections. They also know that after January the Congressional investigations will be in full swing. It will be raining subpoenas like never before in this country’s history. I don’t expect Obama can survive the purge even long enough to complete this four-year term.

Conduct like halting the Black Panther Voter Intimidation Probe may lead to a Special Prosecutor and Obstruction of Justice charges against various officials.

That nasty Birther Issue will finally be at the forefront and the truth will be exposed. I suspect that along the way issues of massive payoffs will also be exposed. The result here would be the termination of Obama as President and reversal of everything he illegally authorized.

Obama and his cronies took over this government like every victorious Socialist, after a successful revolution. They endlessly plundered. The ever present Socialist goal to reinvent the election process to a tightly controlled retention vote will not materialize. To keep power they must either have popular control over the media or nationalize it. That may well be impossible.

Obama thankfully has many more obstacles than Adolph Hitler ever had. For one, technology has changed and controlling the information with our Internet is nearly impossible. Obama knows there is a well-armed, Conservative civilian power-base that despises Socialism along with the majority of patriots in our military.

Obama can only wage a war on America with United Nations' or troops from Socialist nations. That would be the greatest bloodbath this nation has ever known.

Hitler had huge advantages. The German military was dramatically reduced in size and neutered by the Treaty of Versailles in 1919. Hitler created his own shadow military of lightly armed civilian thugs in brown shirts known as the SA. As the SA gained too much power Hitler created a competing group operating under the Death’s Head symbol in snappy black uniforms called the SS. Both of these paramilitary groups were despised by the professional soldiers in the German military. Thankfully, Obama’s promised civilian force never materialized.

Hitler had actual control over the new mass media of radio. Timing is everything and this new technology was in nearly every household. It was Adolph Hitler’s radio, non-stop for every broadcast hour. Hitler endeared and seduced the German people into the cult of National Socialism. Adolph Hitler became a wildly admired celebrity throughout the land because of radio with only one voice.

Hitler was Germany’s new Messiah that promised to deliver them from starvation, unemployment and give Germans Hope and Change. Unlike Obama, Hitler was able to deliver his promises, especially with newly conferred absolute power.

The National Socialists blamed Germany’s problems on the Jews that predominately controlled financial infrastructure of the industrialized world during Great Depression. In Germany the Jews still had visible wealth despite everything that had gone wrong. They were easy targets for the wrath that followed. Of course the German people were only aware of Jewish “re-settlement”, not the mass extermination program by the SS. That was a guarded state secret.

It was the vast Jewish wealth that Hitler and his Third Reich redistributed to the German population keeping them employed and fed. There was lots of new and very lucrative employment within Hitler’s SA and SS who became the muscle of the Holocaust.

Obama’s hope for a true American Socialist revolution can only be enabled by the total destruction of our economy. To accomplish this nearly every American must be forced to depend on the Socialist state for food and simple survival.

Directing the Cult of Marxism as a new and charismatic leader with God like political power is the wet dream of every Socialist politician.

Timing is everything. The Internet blogs, talk radio and Cable television has kept our population alert as we have predicted every step Obama and his minions have made. The American military is way too large and loyal for Obama to turn against the U.S. Constitution and the people.

It’s beginning to look like the tools left for us by our founding fathers are protecting us from a despot dictator. LET FREEDOM RING!
Posted by Paul Huebl Crimefile News at 9/24/2010 12:27:00 PM

well youve done it. you went and got my hopes up,and now ill be thinking of the light at the end of the tunnel for weeks now. I hope youre happy.

that's what's made all the difference throughout history.

our Constitution was created during a time when no one could have conceived of communication beyond word of mouth, the geographically limited distribution of printed materials, and the occasional town hall meeting.

thus, our Founding Fathers created a form of federal, and state, representative government which could not have considered the effects of communication beyond very limited geographical boundaries and within time frames measured, not in days, weeks or even months, but in fractions of a second so small it boggles the mind.

from the Pony Express, through the mail carried on rails, the advent of the telegraph, radio, the internal combustion engine driven trucks, inter-state highways, sound recording, film and video recording, broadcast television, up to the present day internet, communication abilities far beyond what the creators of our form of governments could ever have imagined.

these days, the phrase, "you can run, but you can't hide" rings truer then ever.

it's a shame that far fewer of our fellow citizens than would be desirable have kept pace with the advances in the abilities to communicate.