Did I Waste My Life? A Confession 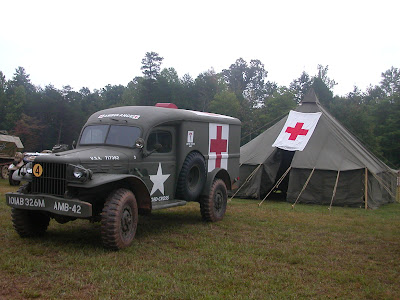 In 1968, I somehow found myself in the most exciting and meaningful job ever quite by accident. I was drafted into the Army, trained in Light Weapons Infantry and by a fluke wound up as a medical corpsman. Instead of being sent to Viet Nam, I had the incredible good fortune of going to Germany to fight Socialism in the Cold War.

Taking a crash midnight course with the Army Corpsman Manual helped me get assigned to handle a busy treatment and surgery room. There was a shortage of school trained medics in Germany, so I was accepted for on the job training on the basis of good testing scores.

During this stint I delivered babies, sutured hundreds of wounds and performed miracles on seriously injured or people suffering from critical medical conditions. The military skirts the licensing requirements. Of course I did most of my work under direct supervision of talented physicians but there were lots of those times when no doctors were available.

Thankfully I was taken under the wing of a career military nurse coming to the end her 30 years of service. Her name was Major Hoppe whose advanced age by my standards made her irrelevant to me until I discovered what a gold mine of training and information she was. I was in serious competition for my treatment room position and had to be the best or get reassigned to a lesser spot like an ambulance driver. Major Hoppe began training me with protocol, sterile procedure and absolute cleanliness of my work area.

I learned how to take simple X-Rays mostly skull series because GI’s had a bad habit of whacking each other in the head with beer bottles. Additionally I also had to learn how to fill prescriptions and label them properly for patients. I became proficient at the application of plaster casts to immobilize fractures. I was the local champ of using the marvelous Ace elastic wrap bandage.

Emergency medicine is akin to being a plumber. You must stop the leaks of blood and air on people rather than objects. Of course it was more complicated than that and mistakes were out of the question. I remember well the very first injection I ever gave was a .05 cc of Epinephrine, inter-muscular application to the thigh of a five-year old girl suffering from a critical asthma attack. Moments later the sight of this little girl breathing normally gave me a real thrill.

I soon had a marvelous offer from a military physician and wonderful mentor I was lucky to have worked with by the name of George A. McCarty, MD. Dr. McCarty and his physician father were going to partner up at their OB/GYN practice in Royal Oak, Michigan when he got out of the Army. They were willing to put me through whatever college I needed to finish and on to medical school. The deal was that I would work with them.

Stupidly, I wanted to be a cop instead. I also had a serious aversion to advanced mathematics and was deathly afraid of failure in that area. There were no calculators back then, but there was an instrument of the devil called a slide rule. It damn near took an engineering education just to learn how to operate that blasted thing. 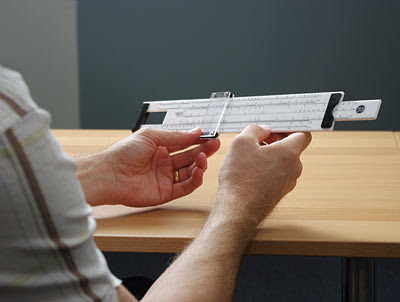 Without the advanced math knowledge, chemistry and biochemistry was impossible. I feared the slide rule more than armed criminals on Chicago’s streets. I took the coward’s way out instead.

Being a mathematics coward and having the immature desire for adventure as a cop derailed my entire adult life. I can’t do it over and the older I get the more I regret making that terrible mistake.

Instead of being brought up by two responsible parents, I had a dysfunctional, single mother who let me raise myself. I was on my own since I was 14 years-old. I can’t really blame it all on her but I ask myself if things might have been better with real parents.

Being a cop and later a private detective and investigative TV news producer gave me some satisfaction and quite a bit of adventure. Now it all seems so hollow and frivolous in hind sight.

I must admit now that my military service that included 18 months as a corpsman in Germany was the most excellent adventure of my entire life. I even found time to learn how to speak German.
Posted by Paul Huebl Crimefile News at 9/24/2010 11:56:00 PM

Thats a great story. Never regret lifes choices they were the best for you at the time.

Thank you for your service Paul, with the armed forces and the CPD.

I took the path that seemed right at the time. I know you’ve led an exciting life and have enjoyed some really great accomplishments.


Being a doctor would have been wonderful but you found other meaningful ways to save lives.

You can’t go back but you had that experience and could share it with people like me that enjoy your blog.

Please keep up the good work.

It is one of my deepest beliefs that God places opportunities in our paths and then lets us make our choices, Free Will.

Each of our lives, yours included Paul, touches many others. And often in ways far too subtle for us to appreciate. Sometimes what seems to be a negative effect will have positive implications. And we may never know the full chain of consequences for any act.

I believe that life itself is Holy, and that it is our responsibility to nurture it, sometimes to create it, bur regardless to protect it, to encourage it.

Corpsman or Cop, private citizen or Private Investigator, you care for life, Paul.

Paul... Had to comment on this one. In response to your question I would have to say this....
God guides us toward the paths best suited for us in life.
You are exactly where you are supposed to be. The old adage, "the grass is always greener" holds more truth than fiction. As human beings, we have a tendency to overlook all the blessings in our lives, and long for what seems to be the unattainable. Know that there are many out there whom admire and love you, and would give anything to have lived your life and experienced your adventures. Never sell yourself short.
I, for one, continue be in awe at your display of intestinal fortitude and the determination you've exhibited in overcoming you're life's adversities. My wish for you is that you shall be content in your accomplishments and satisfied with the paths in life you've chosen, for along these paths you have touched so many others. You have been blessed and shall always be much admired by many!
God Bless.

You have, in your life, probably seen the best and worst mankind has to offer. Most people never get to experience that.

Just being a police officer, we witness things most people would never see in ten lifetimes.

I remember the day I was hired by CPD, we all were brought into a classroom after completing the mile and a half run. An academy instructor came in and gave us a little speech, telling us we were now employed by the city and that we should be proud that out of the thirty thousand that took the test, that we were part of a small group that had made it. He made us feel like we had accomplished a great feat. I will never forget that day.

It is only natural for us to look back on our lives and have some regrets. But from what you have described about your life, it appears you have done much good.

Paul,
People like you are exactly why I love America and why I emigrated here. Despite a shaky start you did very well in life entirely through your own efforts and have a profession where you help people every day - probably more than you would had you been a doctor. You should be proud!

I must admit I’m overwhelmed by the response to this story.

I know now I should have faced my mathematics fear head on.

I was able to do some incredible things since my corpsman adventure. I have to say this has nagged me ever since.

As most of my readers know, I have a fondness for Germany and it’s people. That’s especially true for the elegant and educated young women I met there.

I can’t go back but I have that terrific memory of my youth. I’m as proud of my military service as if I won the Congressional medal of Honor.

I hope before I make my exit from this world I can somehow duplicate that excellent adventure in yet another endeavor.

I never knew what was ahead when I pushed past some very smelly hippie pukes to enter that induction center at 615 West Van Buren Street in Chicago answering my draft notice on June 25, 1968.

Likewise, I know not what’s ahead for me now. I will face whatever comes standing tall.
I hope I will make the best possible choices.

Never look back and ask yourself what could have been, what could have happened! Most of us could ask ourselves that question. But we don't have an answer, we can't have an answer. Maybe our lives wouldn't be 'better' at all. So we should enjoy and be thankful for whatever we have that is the only way be live a happy life ;) So be happy Paul :)
Andrea

I am convinced medicine leaves some people feeing hollow as well. It's human nature.

Paul, I began following you when I came across th great work you did for Ronnie Barlow. I have continued to follow you because of the great work you do on so many things.

No doctor could do what you have done and are doing.

And thanks for your military service, too.

Paul, I followed in your footsteps through that same AFEES Station on VanBuren about five years after you. I still remember the funny smell in that place, along with the painted colored lines on the floor where they would tell you "follow the red line to the next station". A pretty simple, yet effective way to have many people get around such a busy facility. I shipped out to Fort Leonard Wood, Mo for basic and then to Fort Gordon Georgia for MP School. After that, it was over to West Germany, the land of great bier and elegant frauleins. I too miss those days.