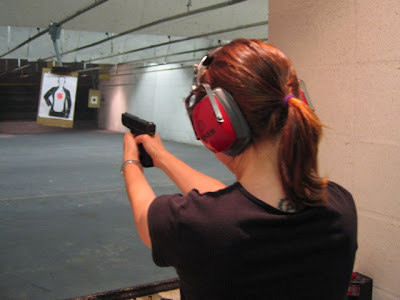 Chicago, IL—When I’m elected Mayor I will put out to bid a contract for a world class gun range on the lakefront.

Chicago’s new gun range and club would be placed where noise would not pose a problem for local residents. There would be a year around, well ventilated, indoor pistol range with 200 positions. There would also be an outdoor trap & skeet range where the lead could be collected and recycled.

Of course there needs to be a pro-shop with a staff of instructors. There would be a restaurant for the shooters. The range could also be used by police agencies and security companies during off peak hours.

There was that Lincoln Park trap & Skeet range at Diversey and the Lake that the Lakefront Liberals shut down long ago. It was a busy range and gave the lakefront character. Today there would be legitimate concern of lead contamination of Lake Michigan if the shooters were constantly spraying lead into the water.

The Cook County Forest Preserve could also operate two such ranges, one North and one South.
Posted by Paul Huebl Crimefile News at 9/18/2010 05:13:00 AM

The Scottsdale [Arizona] Gun Club would be a good model. It's indoor, in a commercial area and easily accessible from the freeways, has a staff that is reasonably good with beginners -- beyond that I couldn't say -- and top-notch ventilation and lead recovery systems.

When my employment was closer, I was a member and got some practice a couple of times per week.

I've visited many other clubs and ranges around the US but haven't found one as nice. For those wanting to open such a business, the Scottsdale club would be a good place to copy.

I if remember correctly there was a skeet shooting range at the north end of the old South Shore Country Club back in the 70's. I used to caddy there as a teenager. I believe there was a big problem with the lead contamination in the lake.

you can count on my vote!

The lakefront libs would never allow it. And regarding lead problems on the old lakefront shooting range, there was no problem. The huge pipes that transport water throughout Chicago are made of.....lead!

As far as the liberals of the lakefront are concerned, all guns are evil and need to be eliminated. They'll never change their tune.

Lead shot/bullet hazards are completely overated.As the above poster correctly stated,the pipes coming into most Chicago homes are solid lead.

Lead comes out of the ground,and shooters put it back in.Lead is extremely dense and stable.It does not rust,corrode,melt or breakdown in the sun.

As long as you dont eat it on a regular basis or breath fine particles(#8 shot doesnt count) you will be fine.

I would like to join the staff if the readhead with the tat is an R/O.