Cops in Crisis and it’s only getting worse 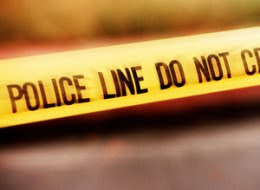 Chicago, IL—Depression is no stranger to cops. Our cops see the ugliest side of life every day. Abused, injured and dead children along with the neglected elderly leave deep marks on the souls of our defenders.

Hate, violence, and corruption is everywhere that our cops are sent. Politicians use cops to forcibly take money from struggling families through petty enforcement of non-criminal events such as parking violations where there are no viable options. The victimized public continuously vents their anger at our police.

Being a policeman today is a one way ticket to the dark side. People with cell phone cameras are stalking cops in order to make YouTube stars out of them for misdeeds and mistakes. Dashboard cameras and GPS snooping have stolen any hope of privacy.

Yes, there is still satisfaction for helping good people with serious problems but justice is elusive. Yes, there are some laughs and along the way cops meet friends they will have for life. But too often the bad simply outweighs the good.

I have grown to live by my own quote, “If justice ever happens it’s usually by accident and for all the wrong reasons.” Am I being cynical? Yes, but unfortunately it’s all too true.

Police Internal affairs investigations are a Circus of Horrors. People lie even where there is no benefit to be gained by lying. Investigators and police boards or commissions are not clairvoyant but they rule primarily for political expediency rather than provable facts. The result is too many officers are suspended, fired and disgraced unfairly. Some do deserve their fate.

Family life for cops is another problem. The crappy hours, the days off along with, missing important family events is common. Angry and distrusting wives inadvertently promote infidelity. For too many cops, divorce is a sad reality.

The constant threats and assaults are guaranteed to bring Post Traumatic Stress Syndrome to officers just as they do to combat soldiers. Cops know seeking treatment is a career ender. For too many cops alcohol, mood altering medication and depression is a way of life.

There was that Chicago cop who went to his fiancée’s home on duty, with his squad car and filled the dashboard and windshield with his brains out of confusion and frustration. I think of the young Phoenix policewoman who ate her gun on the steps of her child’s school after dropping him off. Or another cop I recall, that hanged himself in full uniform. Most police suicides are kept secret. You know who and when but somehow you never get the sordid details and you just never want to know them.

People are quick to castigate cops when they’ve never walked in their shoes.

For the cops who are in emotional trouble during these difficult times, get the help you and your family deserve.
Posted by Paul Huebl Crimefile News at 9/02/2010 08:52:00 AM

Excellent Paul, and oh so true, thanks for trying to help all cops in need

Well said Paul. On year LAPD lost 12 cops to suicide. Most of them were hushed under the rug. I was almost one of them, story here. However I will say that in Calif Cops are paid very well for those troubles.

The public hates the police, the police hate IAD. I'm in IAD because believe it or not I think I make a difference. Every cop gets the presumption of innocence and every benefit of the doubt I can.

I can't read your blog anymore Paul. Too bad.