The How and Why of Criminal Defense Investigations 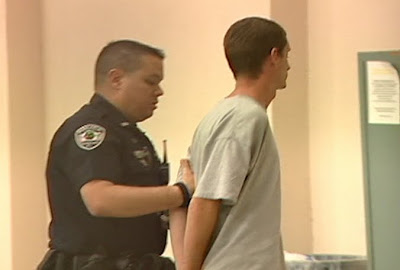 When crimes occur, the police move in quickly when they become aware of the event. They investigate, search once probable cause is established and make the arrest/s.

Far too often there are the suspects, who with their friends and family lie to the police as a form of “insurance” that they don’t get charged. This is usually the beginning of a criminal justice system disaster. The lies are nearly always exposed by police and the value of any future testimony is zero.

Of course total silence is the cure for this from the accused and his witnesses. Police cannot make anyone talk. A witness however can be compelled to testify before a Grand Jury or a court but that never happens anytime soon. Why would anyone ever talk to the cops?

The sad truth is innocent people lie to police every day as a way to avoid trouble. Instead it brings much more trouble and too often leads to a wrongful conviction. The lesson here is to save your stories for your defense team.

The best police investigation is far from an exact science and errors, omissions and corruption of every kind stand in the way of a just resolution. No police investigation is perfect and the majority of them rely at some point on wrong conclusions. Thankfully most investigations don’t snag innocent people but it’s all too common for the properly accused to be overcharged by prosecutors.

Thankfully we still live in a somewhat free country with a Bill of Rights that protects all charged with crimes. The right to counsel also includes the right to investigate and test the evidence. That’s where I come in.

To maximize my effectiveness it’s best that I be brought in as soon as the event occurs, or at least immediately when the police are involved. There are the “golden hours” to locate and interview witnesses along with examining the presumed crime scene. Police too frequently blow off witnesses and physical evidence that does not support their theory of the case.

If I’m able to find exculpatory evidence before there is a formal Indictment or finding of Probable cause through a Preliminary Hearing the case may end. The accused may be saved as much as a million dollars in future legal fees as well as being held in jail without bail for a year or more. Once there is an Indictment prosecutors never let go no matter what. It’s not fair but that’s the way it is.

As the case proceeds the prosecutors must turn over all witness statements, documentary and physical evidence for examination and/or testing by the defense. Unfortunately this has become a game, of hide and seeks as cops and prosecutors routinely obstruct the discovery process. A qualified investigator should know what to look for, like missing property documentation or laboratory reports. If things are missing there is nearly always a nefarious reason for that.

Witnesses routinely lie to police and investigators. Repetitive interviews and interrogations can cut through the deception because most people can’t keep their lies straight. Comprehensive background investigations of the witnesses must be made by the defense to uncover credibility concerns and any motivation to mislead.

There is all that new technology that will provide iron clad alibis for the innocent. Much will be lost without timely collection. I’m talking about those, time and date encoded surveillance video cameras that are everywhere. There are those debit cards and preferred customer tabs we have on our key rings even when we pay cash. Getting the data and video from the businesses is not complicated by anything but time. Video can routinely be erased within a week or less.

Those cell-phones all leave a data trail that documents where we’ve been along with those text, picture and video messages and calls.

Cops love to rely on the technology to implicate suspects but are too often reluctant clear them especially after they’ve made the big arrest and flooded the media with those self-serving press releases.

The greatest lawyer in the world can do little without a decent defense investigation. The lawyers can’t do their own investigation since they cannot be a witness in the case they are defending. Defense investigators are routinely called as witnesses during trials.

You can hire me early and save a fortune in cash and time behind bars. The same is true for hiring a lawyer so they can head off a wasteful trial.

You are entitled to a public defender if you don’t have the funds but the rub is horrible. They only get involved after you’re arrested and make your second court appearance. There is no defense investigator to dispatch for those golden hours. Be prepared to sit in jail for a year or longer, lose your job, car, home and frequently your spouse along with the kids. Once your acquitted they will return your soiled clothes and the cash you were arrested with and simply let you out.

I have a saying I live by, “If justice happens it’s usually by accident and for all the wrong reasons.” This is the reality, not that crap you see on television or the movies.

Here is a video that explains my world:

48 Hours comes close to reality of your job