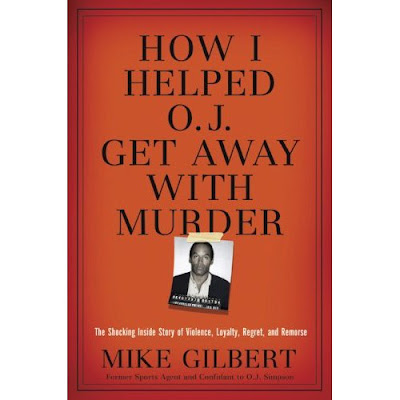 The larger than life O.J. Simpson was made for all manner of journalists. Sex, murder, rumors, lawyers, profiteers and Fred Goldman follow Simpson wherever he goes.

We can only speculate who murdered Nicolle Brown Simpson and Ronald Goldman. The public made their guess and jury verdicts notwithstanding, Simpson is standing alone as the killer.

The ongoing Las Vegas Palace Station robbery case is nothing but garbage. This sordid mess is not worthy of the tax dollars it will burn trying to sort out which group of thieves, thugs and liars robbed the other. Another fortune will be made by writers and pundits who cover the saga.

Simpson has made many careers and millions of dollars for so many writers and television personalities already. They include disgraced, former LAPD Detective and convicted felon, Mark Fuhrman.

Now comes yet another profiteer who is putting a new book up for sale, "How I Helped O.J. Get Away With Murder: The Shocking Inside Story of Violence, Loyalty, Regret and Remorse".

Had not the Statute of Limitations expired on felony Obstruction of Justice crimes the confession by the book’s author would bring him some well deserved prison time.

Who better to tell us about that book but the incomparable Associated Press correspondent, Linda Deutsch. Deutsch has been covering Simpson for the AP for a substantial period of her career.