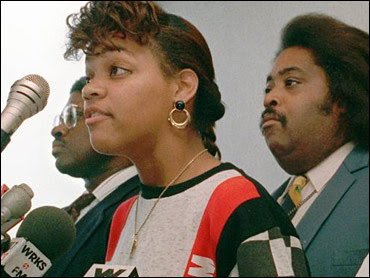 The federal government has demanded that states allow and pay for programs that invite people to submit themselves for anonymous rape tests. Potential evidence would be sealed while the "victims" makes up their mind whether to accuse someone of rape.

Rape allegations are only a 911 call away. We can all remember that most famous rape victim poster children, Tawana Brawley and the whore the Duke LaCrosse players paid to strip at a party.

False allegations are made every day and thousands have gone to prisons for rapes that never occurred or after consensual sex.

I see this anonymous program inviting all manner of extortion games after a consensual sex acts. A false allegation will nearly always cause a criminal felony trial and a jury will decide just who they want to believe.

I don’t want to dismiss or discount the reality that real rapes happen along with an emotional nightmare for the victims. But encouraging people to wait rather than report crimes invites all manner of shenanigans and manipulation of the criminal justice system. Very often the lives of the falsely accused suspects are destroyed despite acquittal by a jury. This program was a really dumb idea.
Posted by Paul Huebl Crimefile News at 5/13/2008 03:58:00 PM

I think its a great idea, whoever is against has obviously no idea of what it feels like to go through the awful crime and feel like its your fault and not wanting to press charges right away because you are in shock. I think it will help the many victims.