Javert 2, Escapes, O. As yet another Long Time Michigan Escaped Convict Is Captured In California 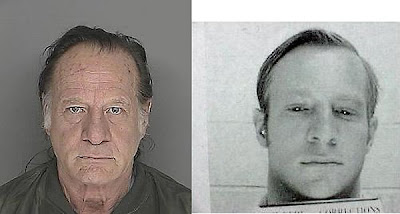 Santa Barbara--Javert of course, is the fictional policeman from that great Victor Hugo Novel, Les Misérables. Javert chased the escapee, Jean Valjean across France catching him nearly a lifetime after he had reformed and became a beloved town mayor.

Decades have gone by and Crona found the good life in this beautiful coastal town. He put his larcenous ways behind him and at 61 years of age he could soon reasonably expect retirement and a nice pension.

Now Crona is waiting for the extradition train back to Michigan. So far he has refused to waive extradition. If the requesting state wants him it’s almost a sure thing to happen.

Extradition laws involve governors of both involved states to agree to allow a prisoner to be surrendered and moved. The requesting state has to pick up the prisoner and pay for transportation. Often states elect not to bother if the crime is not considered important enough. Crona may well have gotten closer to getting this thing behind him if Michigan decides to give their taxpayers a break.

However it happened Michigan authorities will now have to grapple with two somewhat similar ancient cases. Of course Susan Leferve now known as Marie Walsh was captured little more than a week ago.